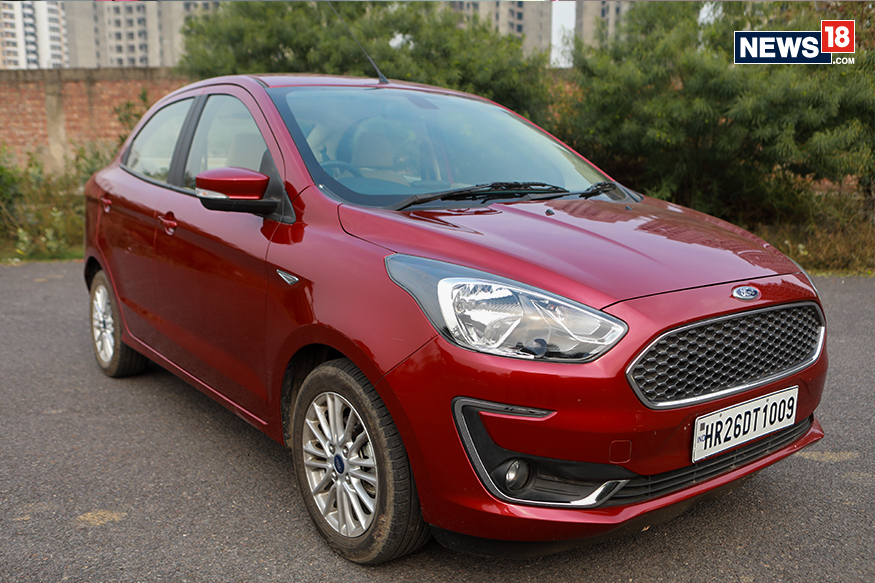 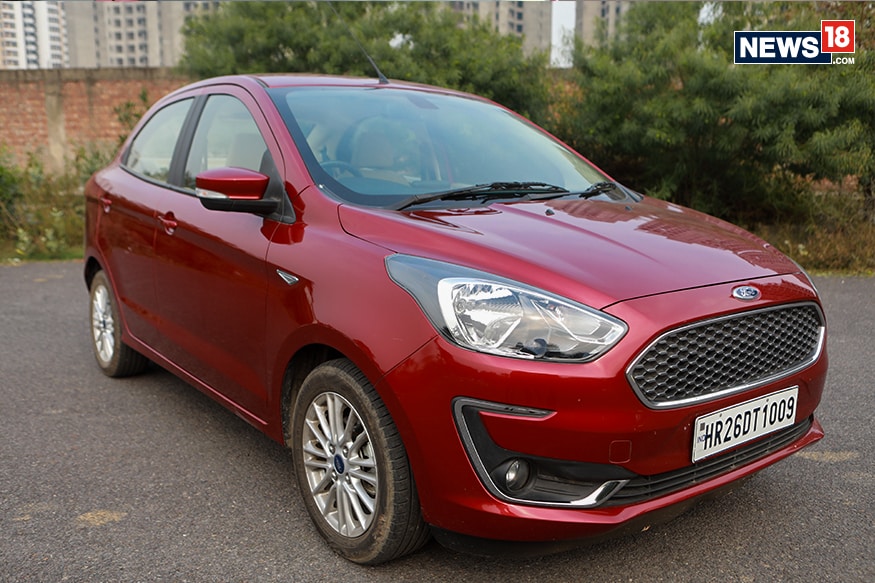 Ever since Ford came out with the Aspire, the car has managed to create an identity for itself which is of being a good driver’s car. But then there were a few features that the car could have used. Now, though, seems like Ford has heard to their customers as they have now come out with the new Aspire that not only gets new features but also new styling. But does that mean it is better value for money than before? Let’s find out.

Let’s start with the way the new Aspire looks. The biggest visual update is the redesigned front-end. The Aspire gets a new grille design which sports ample out of chrome for the chrome-lovers out there and the fog lamp enclosures now extend into the bumper to give it a c-shape design and yes, gets the chrome treatment as well. The headlamps have been smoked out and even they get a chrome element inside! 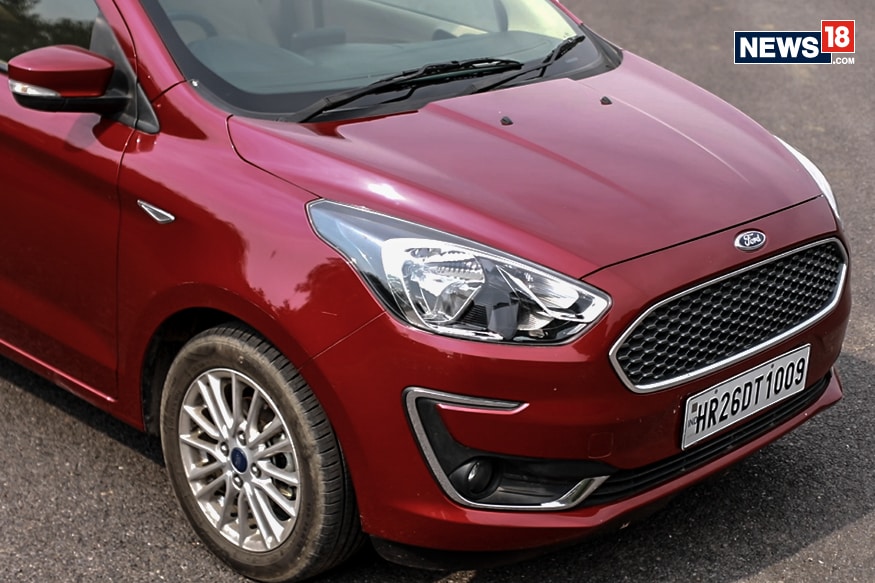 Coming to the back of the car, the thick chrome strip that runs across the width of the boot lid remains the same as the earlier model whereas the rear bumper has been redesigned. Look closer and you will notice that the tail lights get new detailing. 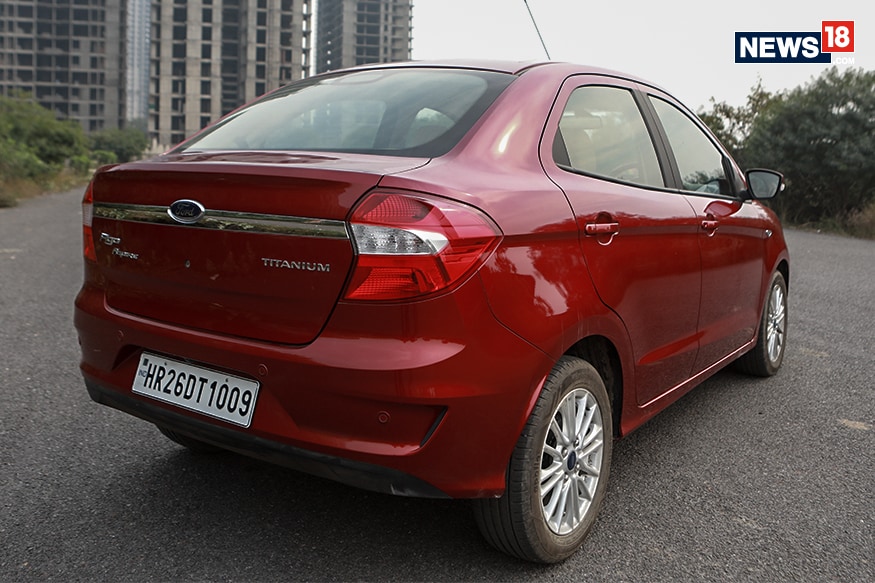 The new Ford Aspire gets subtle updates at the back. (Photo: News18.com)

As for the side profile, well, it still has that muscular and strong shoulder line which is now complemented by new 15-inch alloy wheels.

Overall, the car looks fresh and more up to date. However, there is no LED Daytime Running Lights (DRL), projector headlamps or LED tail lights on offer even in the top-spec variant, which is something that the competing cars in this segment do come with. Is it a deal breaker? and does it make that much of a difference? Not at all, but it is something that would have been nice to have.

Moving on to the inside of the car and the first thing that you will notice is that the cabin has the familiar Ford layout. The build quality is great and so is the quality of materials used – something that Ford is known for. 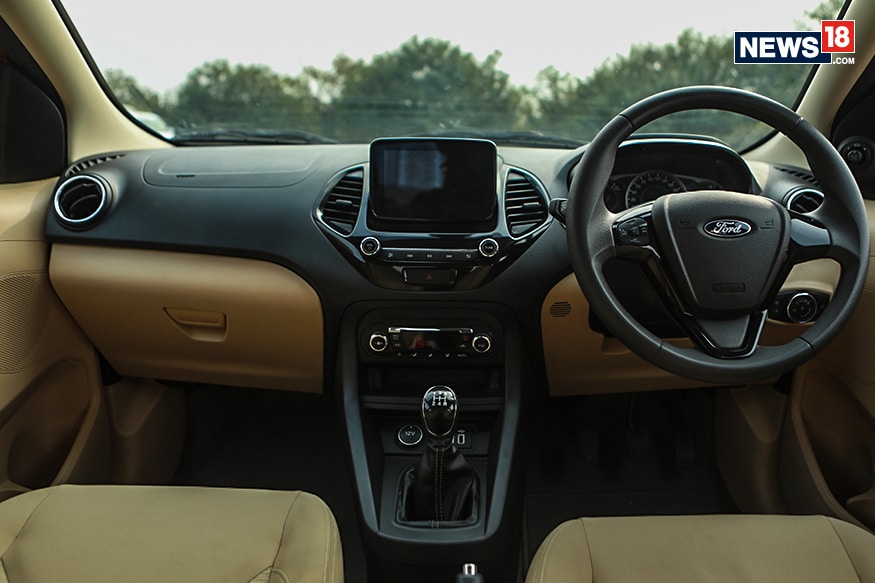 The interiors of the new Ford Aspire have a familiar layout. (Photo: News18.com)

Gone are the leather seats making way for the new fabric seats that have better bolstering. There is enough room for passengers all around the cabin but the car surprisingly does not have a rear AC vent or a charging port for the rear passengers which is a big miss.

The Aspire’s saving grace, though, is the new touchscreen infotainment system. The infotainment system of the new Ford Aspire in the top-spec variant comes with Ford’s SYNC 3 technology. (Photo: News18.com)

We drove the top-spec variant which actually gets a smaller 6.5-inch screen as opposed to a 7-inch screen that the lower variants get, but it offers the Android Auto and Apple CarPlay support which the lower variants don’t. There are also two USB ports placed in the centre console and the car gets the usual Bluetooth connectivity along with steering mounted controls. The outside rearview mirrors can now be operated electronically and I absolutely loved the rotary knobs for the volume and aircon controls which feel premium.

But coming to the infotainment system, it gets Ford’s SYNC 3 technology and simply put – this is the best infotainment system in the compact sedan segment in India right now. The touch response is simply fantastic and there’s also a reverse parking camera that the new Aspire gets.

Then, there’s the addition of automatic headlamps and rain sensing vipers as well. 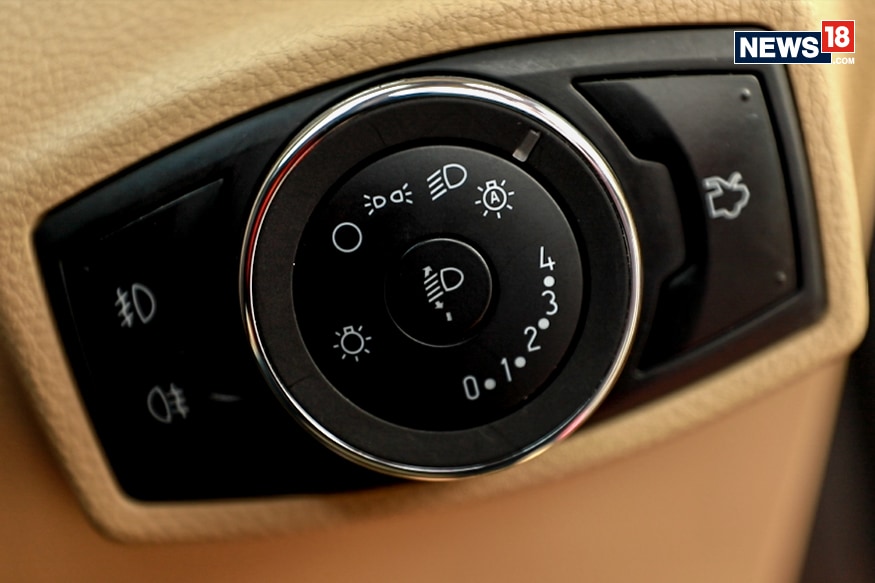 So yes, the new touchscreen infotainment system is the highlight of the cabin but what I really liked was the driving ergonomics that the car has to offer. Especially the chunky steering wheel which is just fantastic to hold.

And this isn’t that big of a surprise. Ford cars are known for being great at driving and it is applicable on the new Aspire as well. The other thing that Fords are known for is safety, and the Aspire offers that by offering dual airbags and ABS as standard across variants. The top-spec variant of the Aspire comes with six airbags around the cabin.

The unit we tested came powered with the 1.2-litre three-cylinder engine which was first seen on the Ford Freestyle and it gets the same state of tune in the Aspire as well. The engine makes 96 PS of power at a sky-high 6,500 RPM and 120 Nm of torque at 4,250 RPM. This engine is peppy and when you drive it down low in the RPM range, it is calm and composed like a well-behaved child. But, go past the 3,000 RPM mark and you are greeted with a throaty exhaust note and the car pulls ahead like a cat who is afraid of water, has just been in the water.

The gear throws are short and crisp and the drivetrain feels just so engaging to shift through. We drove the manual-gearbox equipped variant of the new Ford Aspire and the drivetrain was a delight. (Photo: News18.com)

That’s not it, the chassis is so good that it makes you believe that it can take much more power. And the driving feedback from the steering wheel and the brakes makes the car feel sublime. Yes, the ride quality is a bit harsh at low speeds but it just keeps getting better and better as the speeds climb.

This is a proper driver’s car. Last but not least, the price. The new Ford Aspire is actually cheaper than the old Ford Aspire. And with that, it also undercuts the starting price of the Hyundai Xcent, Honda Amaze as well as the new Maruti Suzuki Dzire making it a sweeter deal than ever before.

So to sum up the new Aspire’s experience. Well, if you’re in the market looking for a compact sedan then you might be looking for things like efficiency or practicality, but if you’re looking out for driving dynamics, then the new Aspire is something that we definitely recommend.