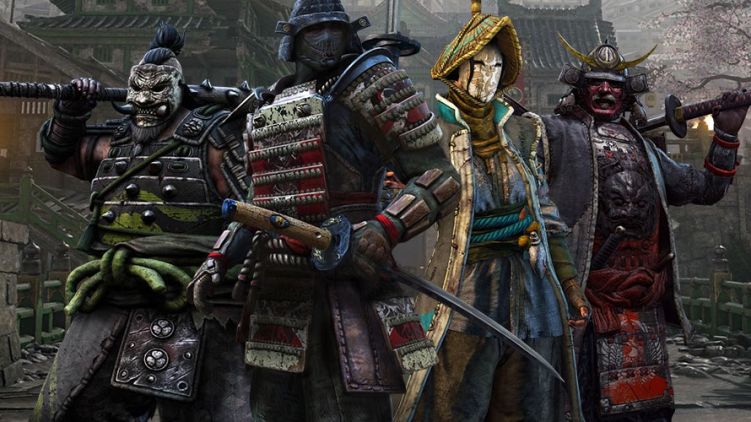 For Honor: First Looks at the Shinobi, Centurion, and Epic Gear

As Ubisoft ramps up for Season Two of the Faction War, the For Honor team has revealed what the Shinobi and Centurion gear sets may look like, as well as some of the Epic gear. Furthermore, the developers have changed the gear stat reporting system from bars to numbers. Season Two begins on May 16 coinciding with the release of the two new maps, Epic gear, and DLC classes.

Here are the alternate outfits and gear sets for the Centurion:

From left to right, each image shows the natural progression of armor sets you might obtain as you level. Because there are only four images, each new set of gear can be seen as an example of each successive tier.

For Honor’s weapons are known to get increasingly ornate as you reach new Reputation levels, and each class had named items they could scavenge beginning at Rep level three. The weapons at the far end for both the Centurion and Shinobi are likely to be the rarest weapon designs, though the stats may vary.

Here are some shots of the gear sets for the Shinobi:

For Honor’s Shinobi employs mostly dark colors, at least in these art shots, and with each successive gear set, the class becomes increasingly detailed and menacing. That said, there are almost no cosmetic changes to the sandals other than different colored straps.

When building your weapon in For Honor, there are normally three pieces: the blade, hilt, and crossguard. As for the Shinobi’s kusarigama, the blade and shaft pieces are apparent while more subtly, the third piece will either be where the chain connects or the chain itself.

As part of the new content, For Honor is receiving a full new rarity of gear. The weapons of the epic gear look increasingly ornate, usually with gold trim. The new armor sets, at least for this Lawbringer, pull away from the mostly ceremonial armor they may obtain at Rep level three. Granted, you can always keep your current armor for later transmogs to copy the design.

The image above gives a preview of many Epic crossguards the Centurion will have access to. More importantly, the developers have changed the stat reporting system from bars to actual numbers. Now you’ll be able to get exact data on the attributes you change for your character, instead of basing your playstyle on obscure bar-charts.

For Honor’s Season Two of the Faction War releases on May 16 alongside the two new maps, Epic gear, as well as the Shinobi and Centurion.