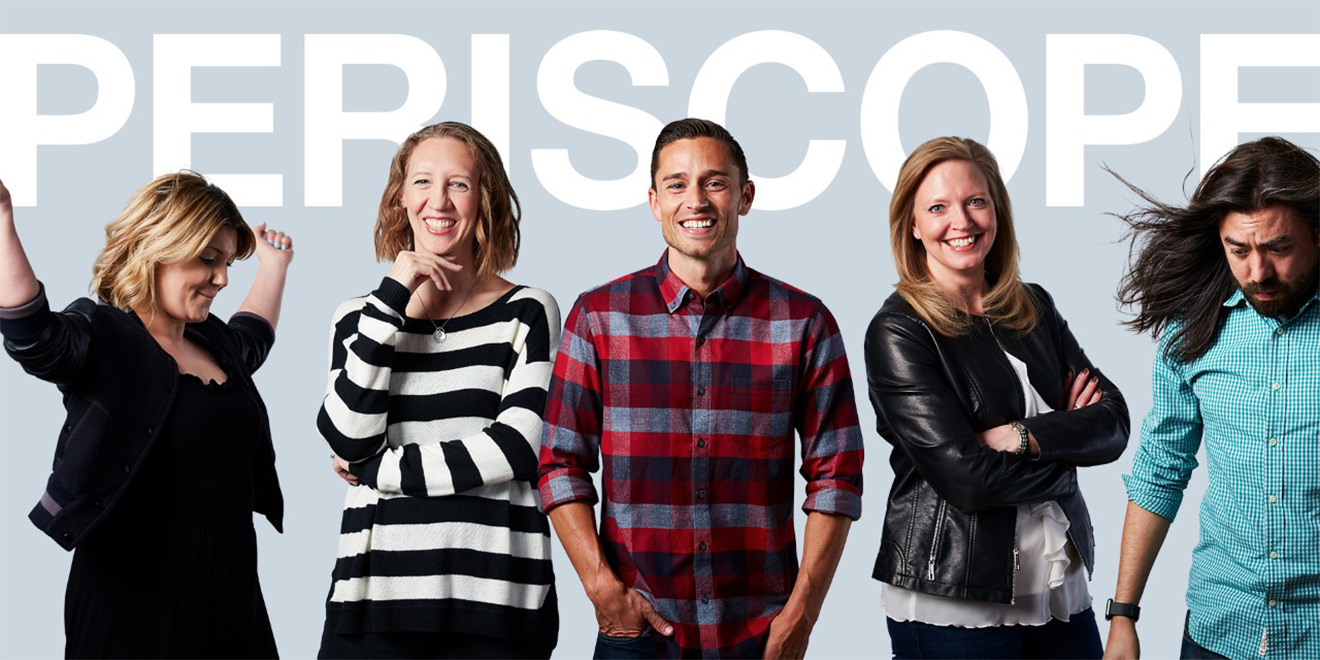 Periscope announced several new senior-level hires in its creative, strategy and media departments as it moves to reposition itself as an “agency of the future.”

The Minnesota shop, one of the country’s largest independent agencies, added nine names to its lineup, as people from as far afield as Atlanta and Kansas City made the move to Minneapolis.

Hanges called Periscope “one of our industry’s best-kept secrets” while Boord, a former Periscope art director who spent five years at DDB working on such brands as Skittles, State Farm and McDonald’s, said, “I am excited to come back to an agency that has grown and changed into an industry leader.”

The phrase “agency of the future” is not unique to Periscope. But what does it mean?

According to CEO Liz Ross and chief creative officer Peter Nicholson (who joined from McKinney just over a year ago), independence and an integrated, full-service business model are key differentiators.

“When I came here a year ago, my vision was to evolve Periscope from a regional leader to a top creative shop,” Nicholson said in a statement, citing such recent work as the Trolli Beardsketball campaign. Ross added, “We have so much we can offer not only to clients but to our teams by being an independent and integrated agency. The collaboration is easier, and bigger, bolder ideas are free-flowing.”

At last year’s Advertising Week, the two told AdExchanger that Periscope has been able to unite its media and creative departments more completely because its leadership doesn’t have to answer to a holding company. Senior innovation strategist Carter Jensen also discussed Snapchat, location-based mobile beacons and other digital initiatives in a recent Adweek profile.

“The advertising industry, particularly those with holding companies, is playing catch-up with this full-service integrated model,” Hermen said of her new employer. “It was a no-brainer to join a team that’s leading in that method.”