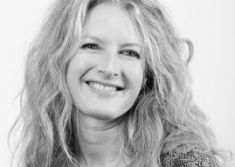 It will see Stanners lead the creative direction of the network, which has clients such as Mondolez International, Toyota/Lexus and Visa Europe.

She will retain her UK responsibilities and continue to be based in London.

Stanners has been the sole chief creative officer at the London office since Paul Silburn’s departure in October 2015, and is the lead creative on international accounts run from the UK, including Home-Away and Procter & Gamble.

Together with Silburn, she was appointed chief creative officer in June 2014, when Rob Potts and Andy Jex became the executive creative directors.

It comes as Del Campo is leaving the business after 20 years.

Robert Senior, Saatchi & Saatchi’s worldwide chief executive, said: “Kate is a unique talent and a bundle of energy. She has led the transformation of the creative work on some of our biggest clients.

“Her ability to apply innovative, market-leading creativity to the largest brands in the world will make her the perfect choice of creative leader for our network.”