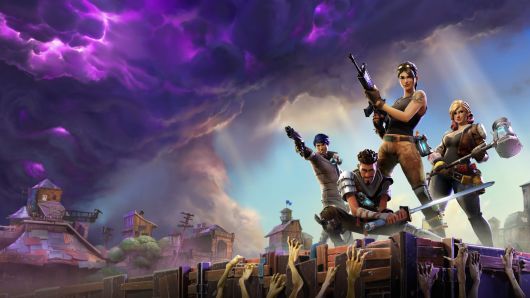 This week two democratic senators are calling on federal regulators to investigate if children’s apps are tracking their data.

Senators Edward Markey of Massachusetts and Richard Blumenthal of Connecticut sent a letter on Wednesday to the Federal Trade Commission, writing they are concerned that numerous apps are potentially violating the law.

Without explicit parental consent, it is illegal to collect data on children under the age of 13 according to the Children Online Privacy Protection Act, which went into effect in 2000.

This comes after last month when the New Mexico Attorney Generalsued the maker of app Fun Kid Racing, as well as the online ad businesses run by Google, Twitter and three other companies.

The suit accused the companies of violating the law, and that Google misled parents by allowing apps to remain in its Google Play store children’s section after it was notified by researchers that thousands of apps may be tracking young children.

“The problem is this – we don’t know where the onus lies,” New York Times reporter Edmund Lee told CNBC’s “On the Money” in an interview.

Lee says the law isn’t clear on whether it should be the platform such as Google or Apple to make sure the apps in their stores are complying with the law, whether it’s up to the game developer or if it should be up to the third party data firm tracking the data.

“So there’s a whole system in place that everyone keeps passing the buck and there’s no case law yet,” says Lee. “Even the legislation – it’s not entirely clear who is ultimately responsible.”

So what should a parent do if they are concerned their child is being tracked?

Lee says, “You should just assume it’s going to happen you should assume you’re going to be tracked.”

“Right now it’s the ‘Wild West’ there are very few protections, few sort of places of enforcement around it, and that’s why it’s hard as a parent and as a kid to navigate,” he added.

However, Lee notes most of these are harmless games, and the tracking data is used for advertising purposes, which is how these companies make money.

For parents worried about their child’s privacy – Lee says he tells his own daughter to keep her communication online only with people she knows.

“You’re not going to be able to look and know every single piece of data that’s being floated out there until there’s legislation and case law in place. But in the meantime make sure you know who your kid is talking to and it shouldn’t be strangers and it shouldn’t be someone they just met online.”