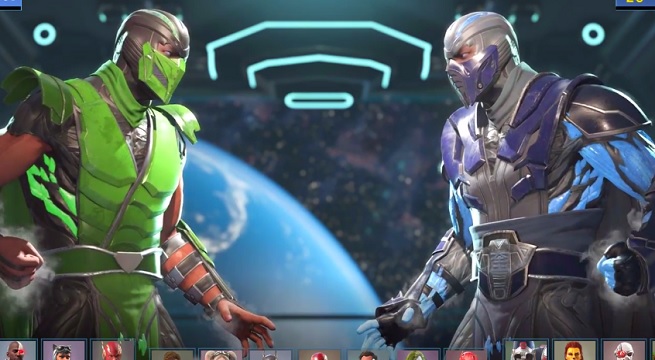 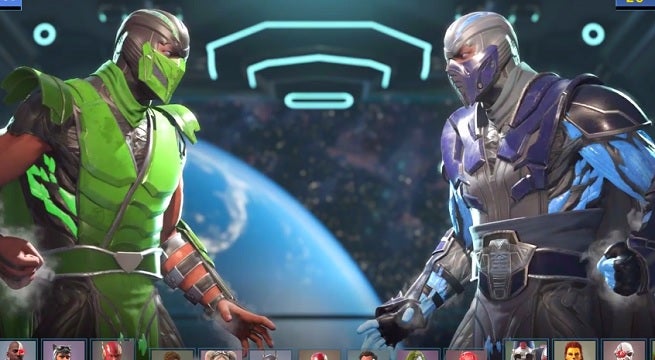 As you may or may not know, with the latest Injustice 2 update, Sub-Zero was actually added to the game. Now you can’t play as him quite yet, but he’s there. Much like Red Hood before him, even though we can’t play as Sub-Zero we can access him in the character select roster, and when you do that, he’ll show up with a random assortment of gear and shaders equipped.

YouTuber “TheHackingFreak” has put together a video browsing through a variety of gear and shader loadouts, and while there are a lot of repeats and duplicates in the video, we went through and picked out all of the standout loadouts, and the ones that we think look the coolest. You can find them all in the gallery. As you go through you’ll notice a variety of interesting shaders.

You’ll of course see your variations on ice blue and black, and some offensive pink and purple in there, but the most interesting are the green shaders. With the right equipment on, those green shaders will basically give you reptile. There’s no mistaking the resemblance, and we’re pretty sure that the color palette chosen for that particular shader was chosen for the sole purpose of making him look like Reptile. Who needs a premier skin when you can do a simple color swap? Pretty effective, if you ask us.

Those of you familiar with Mortal Kombat lore will also see another possibly-famliar face in the crowd. Some of the darker shaders and loadouts make Sub-Zero appear very much like Noob Saibot. In the Mortal Kombat canon, Sub-Zero returns as Noob Saibot as a kind of phantom after being killed by Scorpion, so it makes sense that his likeness should end up in the game as well — even if only as a shader.

Check out all of the images in the gallery and let us know what you think. Which color and gear combination is your favorite? Chime in on Facebook and Twitter and let us know!