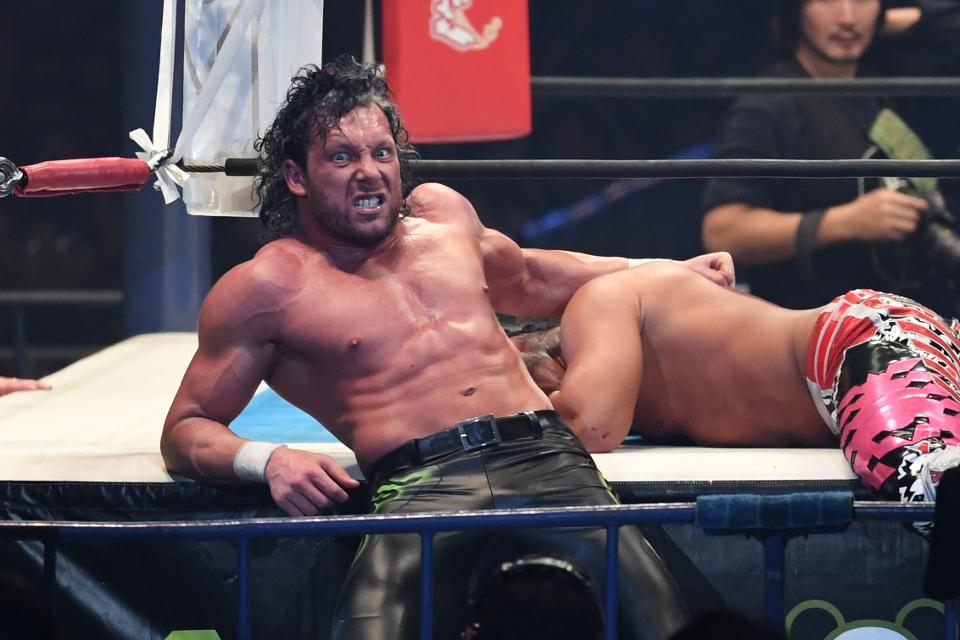 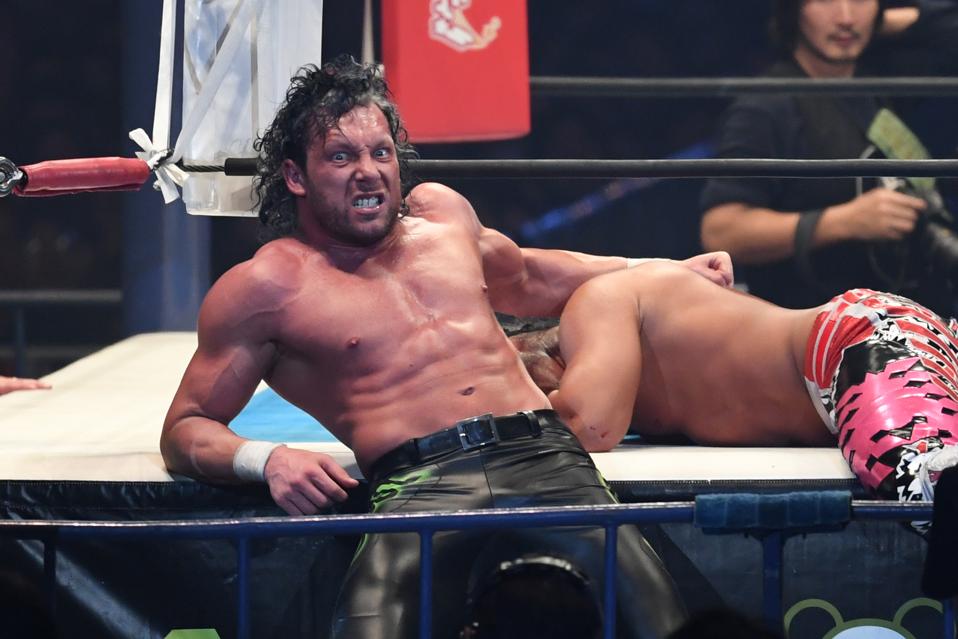 AEW Full Gear had the professional wrestling world in a wrist lock on Saturday night. While not every match was a hit, including the main event, the pay-per-view had its moments.

Here is a breakdown of every match on the card from Baltimore.

The pace of this match was poor. These two don’t seem to have great in-ring chemistry. I’m not sure I understand why AEW seems so intent on pushing Britt because it appears she’s still trying to find herself with the promotion.

In any case, the match felt like an early WWE Divas match with a few decent spots, but nothing memorable. Thankfully, Brandi Rhodes and Awesome Kong showed up to batter Priestly a bit after the match with some sort of ritualistic claiming of the fallen heel’s hair. This at least planted a seed for a larger storyline. It saved the buy-In match from being a completely wasted segment.

The Young Bucks continue to put over the top teams in AEW, and they’re doing it the right way. The matches are great and the other teams are getting clean victories. I must say, Santana and Ortiz oversell at times, but not enough to overshadow all of their other qualities.

This bout wasn’t quite as spectacular as the match against Private Party a few weeks ago, but it was a strong way to begin the pay-per-view.

P&P won the match after executing a Street Sweeper on Matt Jackson. After the match, Sammy Guevara came to the ring with his phone filming the carnage. He also brought a sock stuffed with baseballs to the ring, and they planned to brutalize the Bucks with the makeshift weapon.

The legendary Rock ‘N’ Roll Express, who had been present in the crowd, climbed into the ring for the save. I was prepared to boo what looked like the same old tired legend spot, but that changed quickly.

Ricky Morton hit a Canadian Destroyer over the top rope and then completed a suicide dive.

Ladies and gentlemen, Morton is 63 years old and he doesn’t exactly look the way he did back in the 1980s. Still, he pulled it off and didn’t appear to hurt himself. I’m not sure if that was more impressive than the entire match.

This match was a good example of what a well-booked bout between two plus-athletes should look like. I’ve watched Page pull off all kinds of moves, but I’m still blown away when he goes aerial. He just doesn’t look as if he should have some of the attacks he performs in his moveset.

I thought PAC sold well in this match, but I would have liked seeing him go over in this spot. Still, aside from that and a few slow-developing spots that probably should have been executed a little smoother, the match was a positive for the show overall.

I like Joey Janela, but it’s not yet his time to shine, and AEW creative knows it. He’s an excellent seller who is also a strong mat wrestler. Spears’ pairing with Tully Blanchard works well, and his nasty streak is a smart direction for his character.

Booking him with Janela is the right move because of the latter’s ability to take a pounding. It fit like a glove and the one-sided booking was appropriate even if it wasn’t the most thrilling match of the event. Unfortunately, Janela looked to be legit injured after the match as you can see from the video in this tweet from Wrestling Inc.

Don’t be surprised to see him miss some time afterward unless of course, this is a well-orchestrated work.

I don’t have an issue with SCU going over in this match, but the overall execution of the action was sloppy and a little disconnected. Many of the top spots were fumbled or less impacting than intended, except for this one from Ray Fenix:

Still, there was something missing. Private Party’s flow seemed to be disturbed and I’ve seen far better SCU Laters executed.

I loss more appreciation for the match after SCU got the pinfall. Fallen Angel Chris Daniels’ return could have happened in a better way. The arena went dark as the Lucha Bros. sought to break out with a pounding on Frankie Kazarian. Daniels showed up dressed like Pentagon Jr., but he’d ultimately turn the tables on the Lucha Bros.

That was pretty lame, in my opinion, and it didn’t generate the kind of pop you’d expect with that kind of swerve. Apparently, I wasn’t alone with my feelings about the spot:

This is a forgivable match from AEW because the promotion has hit the mark with so many tag-team bouts.

Emi can work in her sleep and Riho is such a dynamic athlete that it’s hard for them to completely miss the mark with their in-ring action. That said, there was nothing else to get you connected to this match. Everyone knew there was no way Emi Sakura was going over and dethroning Riho.

Because we knew that, I found myself simply waiting for the match to be over rather than watching it with any real anticipation. There will be matches like this on every pay-per-view card. This isn’t the biggest slip-up in wrestling history, but still a very forgettable championship match.

I liked everything about this match except for the fact that it wasn’t the main event. It was about as epic of a match that you’ll ever see–especially when you consider neither man is a high-flying act at this stage of their careers. The level of brutality, near pins, and storytelling were amazing. Cody suffered a legit laceration after this bump.

Somehow, the match was booked with drama that didn’t seem too over the top.

Jake Hager and MJF played their roles perfectly as ringside presences. Ultimately, Hager would get tossed from ringside, but Jericho would still have Cody in a tough predicament with the Walls of Jericho sunk in deep. MJF threw in the towel to call an end to the match, and I was worried we were seeing a WWE Hell in a Cell finish–although the overall match was much better.

Just when things were momentarily trending in a negative direction (complete with booing from the fans) MJF climbed in the ring and completed the heel turn many wise wrestling fans predicted was on the way.

While I knew this was coming, the drama of the match and solid performances from MJF had pushed it far enough to the back of my mind to allow the moment to make an impact. MJF exited with his heel persona back in effect and he left Cody bleeding and bruised in the middle of the ring. Unfortunately, an insane fan hit MJF with his drink, which resulted in him being removed from the arena.

Come to think of it, I wouldn’t be shocked if that was a work as well. The guy was wearing an AEW shirt, and the cameraman turned his device toward the man immediately afterward. Here is the entire sequence:

The major stipulation in this match was that if Cody didn’t win, he could never wrestle for the AEW title again. Because of that, many predicted he’d go over. If this sticks, it may have been Cody’s way of assuring fans and other talents that he would never book himself as a champion. This kind of thing has reportedly caused issues in the WWE locker room. Perhaps Cody was again trying to differentiate the AEW product and operations from WWE. In any case, it was an outstanding match.

These are the kinds of matches that you either love or hate, and I’m on the negative side. It was billed as an unsanctioned match, which translates to a hardcore bout if you’re familiar with Backyard Wrestling and old school ECW matches. There were barbed-wire bats, a bed of barbed wire, broken glass, a board filled with mousetraps, puncture wounds galore and a bunch of other ridiculous stuff.

If all of that sounds entertaining to you, then this match would have been right up your alley. For me, it was corny, overdone and I just wanted it to end. Shock factor content just isn’t entertaining. When you also consider it was saved to the end when a much better match preceded it, that only makes things worse. I guess Moxley won the feud with this result, and Omega not going over further establishes the concept that AEW brass won’t be pushed ahead of the other talent.

Still, this was a heaping mess at the end of an otherwise strong pay-per-view.

Even with a main event that didn’t tickle my fancy, Full Gear still delivered some solid entertainment. It wasn’t All Out or Double or Nothing, but it was still a good addition to AEW’s growing catalog of events.