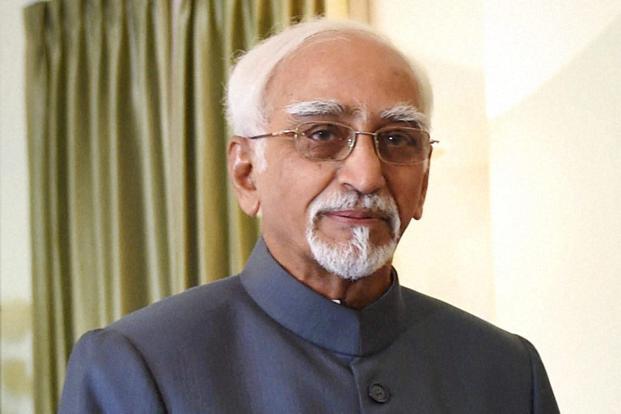 Hamid Ansari calls for increasing education expenditure to 6% of GDP New Delhi: Vice president M. Hamid Ansari on Monday pointed to several discrepancies in school education, especially loopholes in the implementation of the Right to Education (RTE) Act, and called for more spending to improve the quality of education.

Terming the RTE Act a “groundbreaking piece of legislation”, Ansari said a critical appraisal of the legislation reveals that “large gaps exist” in its implementations.

RTE came into force from 1 April 2010 with the aim of providing eight years of compulsory education to all children in the 6-14 age group.

He said financing for RTE remains “inadequate” and the expenditure on education needs to be increased.

“Total public expenditure for education, at less than 3.5% of GDP, is well below the 6% commitment made in the National Education Policy. At 52%, the Sarva Shiksha Abhiyan (SSA) received more than half the money under school- education allocation in the latest budget, but over the last five years, the SSA budget has declined by 6%, from Rs23,873 crore in 2012-13 to Rs22,500 crore for 2016-17,” the vice president said in his speech.

While school education is primarily the responsibility of states, the central government directly finances 60% of education through programmes such as the SSA.

Ansari said the absence of equity in education is another issue. Of the 6.064 million out-of-school children, 4.6 million, or 76%, belong to the scheduled castes, scheduled tribes and other religious minorities, he said.

He praised the government for improving access to schooling, higher enrolment of girls and providing better infrastructure in tens of thousands of school.

The comments came on a day human resource development minister Smriti Irani said that India was an affordable destination for “high quality education” and that her ministry was making efforts to attract foreign students to the country, especially in higher education.

At an event organized by Indian Council of Cultural Relation, Irani said the Indian Institutes of Technology (IITs) had already decided to take their entrance exam abroad.

“Recognizing the need to increase the inflow of foreign students, the IIT council took a unanimous decision to ensure that in 2017 students from eight nations, including SAARC nations, would be allowed to sit for IIT-JEE (Advanced) exam,” she said

Saarc stands for the South Asian Association of Regional Cooperation. JEE is short for the joint entrance examination for admission to the IITs.