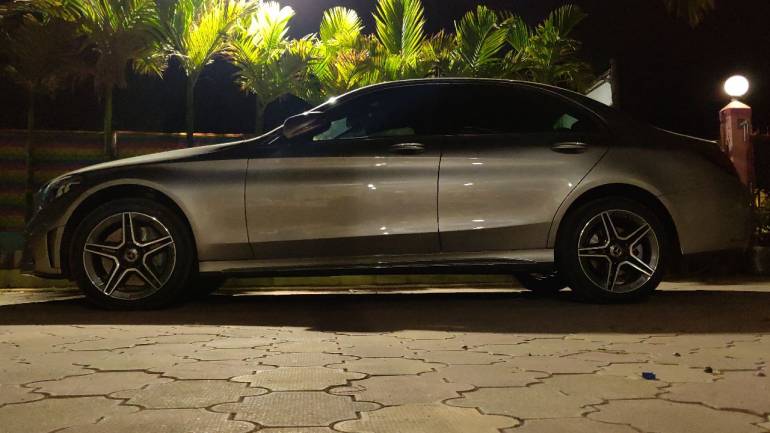 Mercedes-Benz gets creative with its upcoming C-Class machine Five years after making its global debut, the W205 C-Class from Mercedes-Benz is set to undergo an overhaul. While an official date of launch hasn’t been announced, spy shots of the W206 give an idea of the updates made by the German luxury car manufacturer.

The W206 was spotted under heavy camouflage, but some of its changes were distinctly visible. Among them was a large touchscreen in the interior, which seems to have been borrowed from the new S-Class. It was also spotted with a fully digital instrument cluster with a couple of retro-styled aircon vents. Its climate control interface was also spotted with a set of toggles positioned below it.

Mercedes-Benz has based the C-Class on the new MRA2 platform which gives it a bigger footprint. Though it retains its styling, it borrows new elements from the CLS. Its grille seemed to be more upright and aggressive, while the rear was spotted with horizontal tail lamps and redesigned bumpers.

Though it hasn’t been confirmed yet, it is speculated that Mercedes-Benz could continue offering its current range of engine options. This includes a range of four-cylinder and six-cylinder engines, with the base offering being a 1.5-liter four-cylinder petrol engine. Mercedes-Benz is also expected to offer a 48V mild-hybrid option along with a PHEV variant which is sold in the international markets.The company has not revealed its plans of launching the updated C-Class anytime soon.  However, it is expected that the car will reach the production stage by mid-2020, with a global launch somewhere at the end of next year.