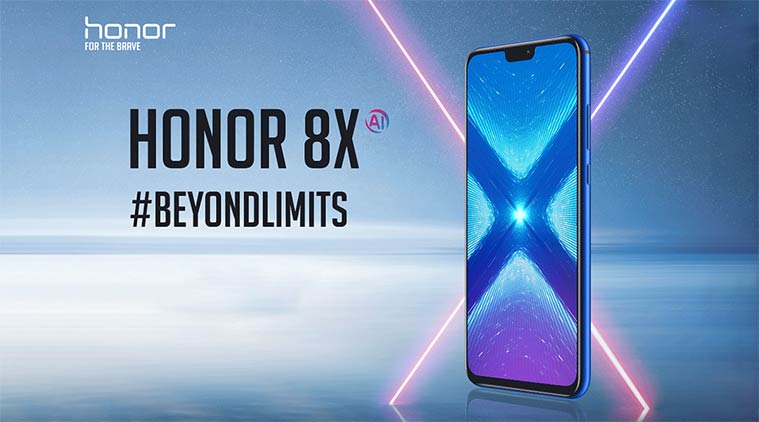 Honor 8X is all set to launch in India on October 16, which is today. The new Honor smartphone will be unveiled at an event in New Delhi at 11:30 AM. The successor to Honor 7X, the new Honor 8X was originally introduced in China last month. The phone features a tall 6.5-inch full HD+ 19.5:9 notch-style display. Honor 8X will be available for purchase exclusively on the e-retail platform, Amazon India.

Honor 8X launch in India: How to watch livestream, timings

Honor 8X could be priced between Rs 15,000 and Rs 20,000 in India. The phone marked its debut in China last month. The new Honor smartphone will be Amazon exclusive in India and the ‘Notify Me’ page is live on the e-commerce platform.

The new Honor 8X features a 6.5-inch full HD+ 19.5:9 display with a notch on top. It is powered by Huawei’s latest HiSilicon Kirin 710 processor paired with 4GB of RAM. In terms of camera, Honor 8X sports dual camera setup comprising of a 20MP primary sensor and a 2MP secondary sensor. The cameras on the phone offer AI mode. Up front, it has a 16MP camera sensor that supports bokeh mode. Honor 8X runs Android Oreo and packs a 3,750mAh battery.