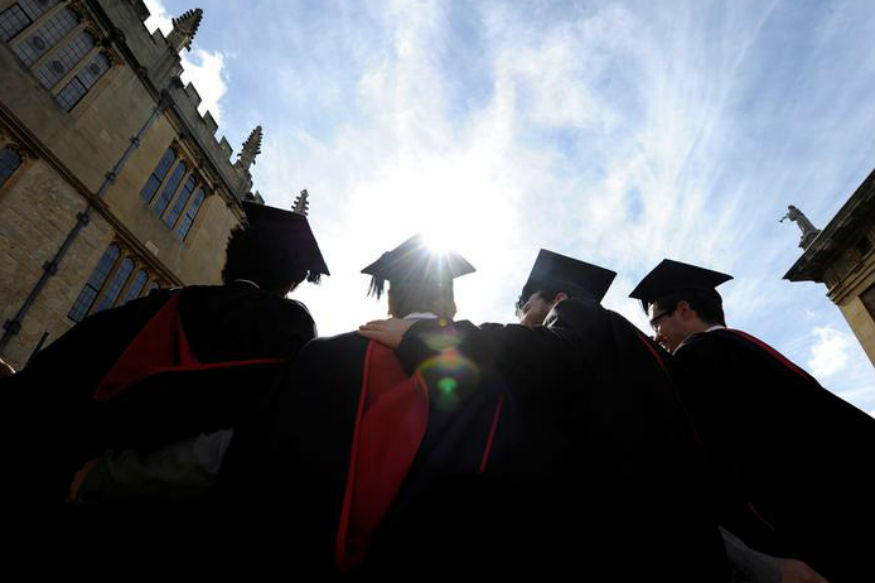 File photo: A group of graduates gather outside the Sheldonian Theatre to have their photograph taken after a graduation ceremony at Oxford University. (REUTERS)

The Oxford and Cambridge University of the United Kingdom have picked the Top Slot of #1 and #2 together for first time ever in the Times Higher Education World University Rankings for 2018. While the University of Oxford maintained its unabated #1 ranking second year in a row, the University of Cambridge laurelled it way up to grab #2 position from #4 last year.

“We are very proud to claim the top spot in the @timeshighered World University Rankings for the second year running: http://po.st/aBxqGX”

Speaking about the latest survey, Professor Alan Smithers – Director of Centre for Education and Employment Research, University of Buckingham stated ‘The fears that Brexit would damage our leading universities appear to be just scaremongering.’

The current and first female Vice Chancellor of the Oxford University – Louise Richardson was under fire recently for the ‘university fat cat’ row that has brought the Pay packages of University Chief under public scrutiny. As per the ongoing debate, there are educational heads who draw coffers more than even the Prime Minister of the UK. The VC justified her £350,000 pay package and remarked the politicians propagating against VCs as ‘mendacious’ and ‘tawdry’ and their comments damaging to the education sector of the United Kingdom.

Commenting on India rankings, Editorial Director of the Times Higher Education (THE) Global Rankings Phil Baty stated “It is disappointing that India has declined in the Times Higher Education World University Rankings amid increasing global competition,” “As leading universities in other Asian territories such as China, Hong Kong and Singapore are consistently rising up the rankings, in part thanks to high and sustained levels of funding, India’s flagship Indian Institute of Science moves further away from the elite top 200.”