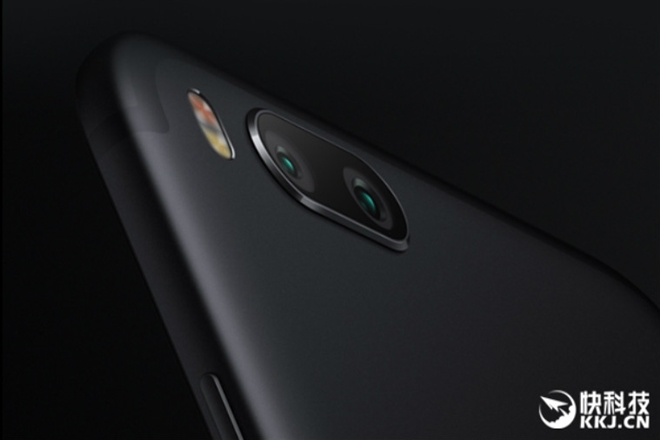 Xiaomi 5X could be the first smartphone to launch under the Lanmi brand, may launch on July 26

Xiaomi is working to bring its third sub-brand after Redmi and Mi, which will reportedly be called – Lanmi, confirmed a Chinese micro blogging site – Weibo. As reported earlier, Xiaomi is said to be have already started working on a smartphone which the company is expected to launch under the Lanmi brand. The smartphone could most probably be the – Xiaomi X1. But, a new report making rounds on the web hints that the first smartphone under the Lanmi brand could be – Xiaomi 5X.

Reports suggest that Xiaomi could launch the smartphone on July 26. But there’s no official confirmation by the company as of now. Xiaomi 5X aka Xiaomi X1 has been subjected to several leaks and rumours already and hints that the device may come with dual-camera setup, antenna lines, and LED flash, which will be placed right next to the dual cameras at the back.

The new leak comes in the form of a poster, which shows the device itself. The poster also reveals a lot about the device, starting from its complete specs, and even the price. It is said that the upcoming Xiaomi 5X could be a mid-ranged smartphone. On the pricing front, the upcoming Xiaomi Mi 5X is likely to be priced at CNY 1,999, which is approximately Rs 19,000. This is a tentative pricing detail, and may be revised at the time of launch.

As per the specifications, the leak hints that the Xiaomi 5X may come with a 5.5-inch display and may run on the latest Android Nougat operating system. However, the new leak reveals no details about the resolution of the display, but a previous leak claimed that it will most likely end up being 1080p, much like many other mid-range phones from Xiaomi.

The smartphone is further expected to be powered by Qulacomm’s Snapdragon 625 processor and may be coupled with 4GB of RAM and 64GB of internal storage. However, a previous leak suggested that the smartphone – Xiaomi 5X may come with Snapdragon 660. So, we aren’t sure about the authencity of the newly leaked poster, and chances are that the specs might change in the final product.

Furthermore, Xiaomi 5X is expected to come with dual cameras (as tipped by another rumour earlier) at the back and include a 5-megapixel sensor on the front. On the design front, the upcoming Xiaomi phone is expected to feature an all-metal body that looks fairly premium, despite being a mid-ranged smartphone.

Meanwhile, the Chinese smartphone maker is also planning to launch the successors of Redmi 4, Redmi Note 4 and Redmi 4A. In the last couple of days, there have been several rumours about the Redmi 5, Redmi 5A and Xiaomi Redmi Note 5 and all of them suggest that all the three handsets will although boast a full-metal body design much like its successors, but, the camera and hardware may see a major refresh.

A report by a Chinese news website – MyDrivers leaked two weeks ago reveals that the new brand as highlighted earlier is supposed to focus on offline sale strategy mainly, unlike Redmi and Mi that aims at online sales. The company is further said to compete with companies like Oppo and Vivo, which are majorly dependent of offline sale.