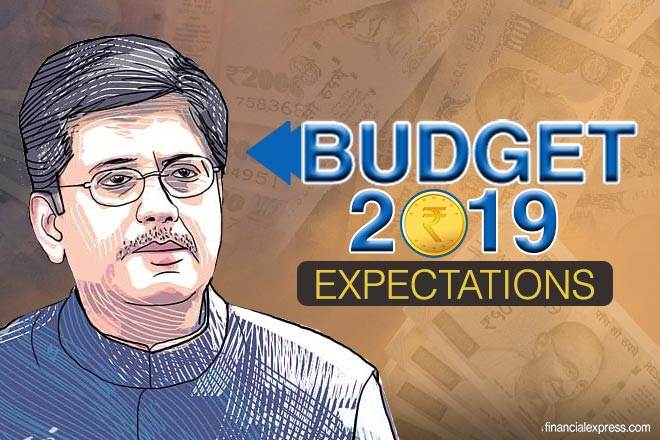 Budget 2019 Expert Opinion on Budget Expectations: There is now broad consensus that the upcoming interim Budget 2019 will be geared towards bolstering the current government’s polling prospects in the general election. Several reports indicate that the government will use the opportunity to appease impoverished sections of the Indian society and the mercantile community. The remainder of the budget, pundits deem, shall be rife with promises of what the government hopes to do, should it make its way back into power for another term.

Given the government’s emphasis on technology policy over the last few years, with the release of Draft Data Protection Bill in 2018 as well as several consultation papers ruminating the possible regulation of different aspects of the technological realm, it is not unreasonable to expect items addressing these issues in the interim budget 2019 as well. If these speculations are indeed accurate, one hopes that the government has factored one critical facet of the broader digital sphere into its vision for 2019 and beyond – the creative industry.

Read Also: Budget 2019 Expectations- This may be the most important task at hand for Modi government on February 1

The creative industry, a broad term for what is essentially the media and entertainment sector, presents an important economic opportunity for India. It is one of the fastest growing segments of the Indian economy – recording an annual growth rate of 11.2 percent in 2016. It is also a key source of employment generation for India – an important consideration as the country needs to generate 10 million jobs per year to prevent mass unemployment. A report by the Boston Consulting Group predicts that the creative industry has the potential to generate 7 – 800,000 jobs over the next few years. Notably, a majority of these jobs could be relatively immune to automation. A study by NESTA reveals that 87 percent of creative workers are at low to no risk of losing their jobs to a machine.

Despite all its trappings, however, India’s creative industry fails to extract substantial value from its products, when compared to other developing economies. Notably, it generated only USD 18 billion in revenue in 2016, accounting for about 1 percent of India’s GDP. Comparatively, South Korean creative industry revenues in 2016 totaled a whopping USD 89 billion, accounting for 6 percent of the country’s GDP.

Part of the reason why South Korea’s creative sector is so successful is because the country’s government is heavily invested in fomenting its commercial ambitions. For instance, the South Korean government makes a concerted effort to maintain a robust intellectual property rights (IPR) regime. IPRs are the life-blood of the creative industry, as they serve as the vehicle through which creators can monetise their work. One of the pillars of a robust IPR regime are measures to mitigate the piracy of creative goods. Towards this end, South Korea has enacted a stringent copyright law to safeguard the interests of its creative industry. Further, and more importantly, it recently launched a special anti-piracy unit known as the Copyright Infringement Response Team (CIRT) for the effective enforcement of the provisions listed in its copyright legislation.

India has taken some initial steps towards improving its IPR regime with the induction of national IPR policy that has better IPR enforcement as one of its purported goals. However, little has been done to convert this policy promise into effective practice. Illustratively, according to a study by Digital TV Research, India’s concerted failure to counter copyright piracy of film and television content alone will cost the Indian economy 3.1 billion dollars in 2022.

Though laws are being enacted in India to counter piracy, such as the recent amendment to Cinematograph Act which threatens to severely penalise anyone who attempts to make unauthorised copies of cinematographic films, the efficacy of these provisions is questionable. A historical analysis of India’s copyright law reveals that an increase in the stringency of penalties does not generally translate into a reduction in copyright piracy. For instance, the 1984 amendment to the Indian Copyright Act made it easier for police to seize pirate works. But it was an ineffective deterrent to piracy as most piracy cases did not culminate in convictions, due to capacity issues within the police force. Thus, unless anti-piracy law is accompanied by efforts to mobilise and train the police to carry out its enforcement, it is effectively toothless no matter how severe its penalties are.

For Budget 2019, the government should, then, take a leaf from South Korea’s playbook and look to allocate resources towards the creation of India’s own anti-piracy enforcement unit. Such a measure would be a good starting point towards unlocking further value for one of the country’s most significant economic imperatives – the creative industry.