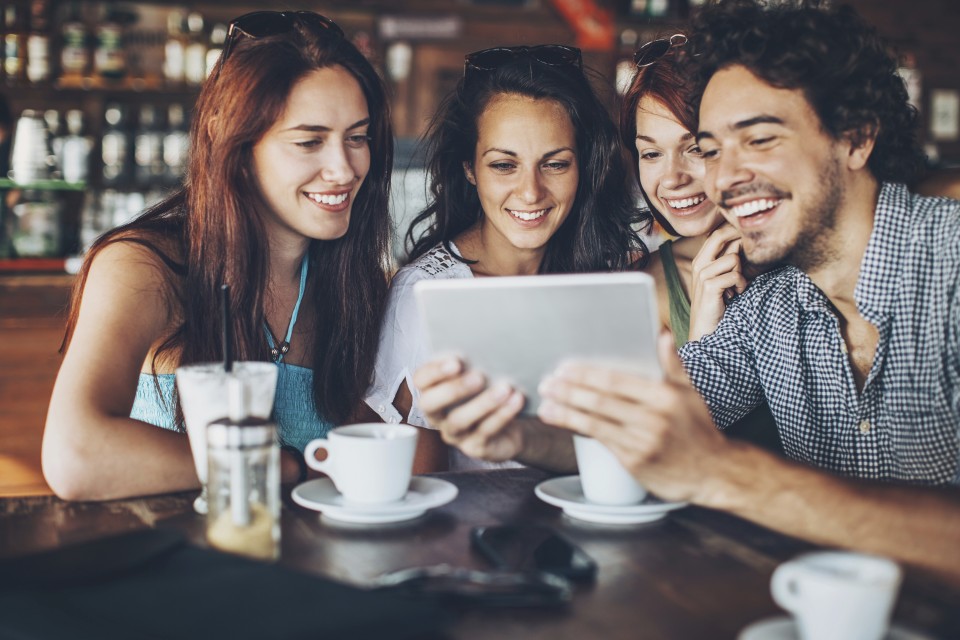 Tinder is so last year. In 2017, dating apps will get more selective. To add more fuel to the anti-2016 fire, dating experts are calling it a bad year for dating trends. “I wanted so bad to say something positive, but it’s mostly negative,” joked Michelle Jacoby, owner of DC Matchmaking and Coaching.

From ghosting to asking to split the check, 2016 was a year of dating don’ts. Experts linked daters’ general sense of feeling burned out from online dating to negative trends that appeared in the past year. With the first week in January being the busiest time for online dating, we asked three experts to explain how these trends will translate into the dating culture of 2017.

Having constant access to a pool of potential matches at their fingertips is making people more impatient, causing unrealistic expectations for first dates and a general decline in effort. Daters are “more quick to judge because they know that if you’re not spectacular, they can go back to their inbox, and just swipe right again tomorrow,” Jacoby says.

This means a lot of first dates, and not many second dates, as noted by Jess McCann, author of “You Lost Him at Hello: From Dating to ‘I Do’ — Secrets from One of America’s Top Dating Coaches.” McCann has seen an increase in ghosting, or cutting off communication and suddenly disappearing, among her clients’ dates, citing it as a major reason some are losing faith in online dating.

[I met my fiancee on Tinder. Yes, Tinder.]

More first dates means men are less likely to pick up the check.

“I have seen an increase in my clients saying, ‘I asked him if he wanted to split it and he said sure,’ ” Jacoby says. In the millennial crowd, guys are shying away from the concept of dates altogether, opting to just hang out instead.

Jacoby says that when she was online dating 10 years ago, it was standard to send two- to four-paragraph introductions. Now, it’s a stretch to get people to write much beyond, “Hey, what’s up?”

With so many options and oftentimes minimal results, people are now more inclined to send out 20 brief messages than take the time to send three personalized ones, Jacoby says.

There are so many dating apps, the market is getting saturated and daters are feeling overwhelmed.

“When human beings are offered many choices, they’re actually less likely to make a decision or selection,” Jacoby says.

People are tired of going on 100 dates before someone finally interests them. “Right now it’s sort of just shooting in the dark,” McCann says.

Newer apps recognize that people are looking for something to tell them whether they have a chance with someone before they invest time and effort, so online dating is trending toward niche apps.

“I think if you want to niche it down and you like really fit people and that’s who you want to meet, great,” Jacoby says. But she warns that selecting someone based on résumé qualities isn’t a guaranteed match.

[Forget the movie date. Seeing a film is the perfect solo activity.]

Daters are tired of dead-end conversations.

“People are burned out because they’re spending so much time on their mobile phones and they’re swiping … and the percentage of those swipes to actually meeting in person is really disproportionate,” says Julie Spira, founder of CyberDatingExpert.com.

Spira says she believes that 2017 will see more of a push for people to meet in real life. She predicts a rise in apps like Whim, which skips the pre-date conversation and immediately matches people for meetups.

McCann notes that many of her clients are preferring to meet the old-fashioned way, ditching apps in favor of connecting through friends, being set up or meeting people at social events like weddings and parties. “I’m seeing people using a lot of meetup groups to meet people, so they can do something they actually like but also hopefully meet somebody new that way.”

As dating has changed, so have the rules.

Old-school dating notions have become obsolete. Playing hard-to-get will get you nowhere in online dating.

“If someone interesting writes to you and you can see that he’s online now, don’t go ‘Oh, I’m going to make him wait an hour,’ ” Spira says. “Within that hour he could schedule three dates, and one of them he could end up being smitten with, and you played the waiting game, so you lost.”

You may be communicating with one person, but that person could simultaneously be chatting with maybe 20 other people. “You always have to keep in mind that you need to stand out, with every word you write and every picture you post,” McCann says.

Apps are constantly being updated with new technology that allows you to communicate in different ways, including GIFs, which can help a person stand out.

The day’s most important stories.

Spira recommends standing out by using exclamations and addressing the person by name when you message them. “If you don’t use their name, we go to a default place of believing that somebody is copy and pasting the same message to everyone, and that is just such a turn-off.”