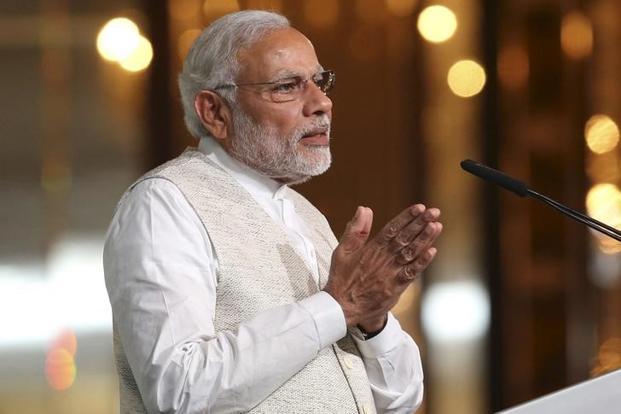 Start-up investment in India to get capital gains tax exemption New Delhi: In an effort to give a fillip to the start-up ecosystem in the country, the government on Saturday announced its intention to exempt capital gains tax on investments in start-ups and a Rs.10,000 crore fund to provide funding support to innovation driven enterprises.

Announcing the start-up action plan at the concluding session of the Startup India event, prime minister Narendra Modi said Indian youth need to be encouraged to be job creators rather than job seekers.

However, the waiver of capital gains tax will only come into effect after a formal proposal in the upcoming budget next month is approved by the Parliament.

In order to provide funding support to start-ups, the government will set up a fund with an initial corpus of Rs.2,500 crore and a total corpus of Rs.10,000 crore over a period of four years. “The fund will be in the nature of Fund of Funds (FoF), which means that it will not invest directly into startups, but shall participate in the capital of SEBI (Securities and Exchange Board of India) registered venture funds,” the action plan said.

The Life Insurance Corp. of India will be an investor in the FoF and it will be managed by a board with private professionals drawn from industry bodies, academia and successful startups. The FoF will support a mix of sectors such as manufacturing, agriculture, health, education among others.

Modi also announced profits from start-ups will be exempted from income tax for three years to address their working capital requirements. “The exemption shall be available subject to non-distribution of dividend by the startup,” the action plan said.

To encourage seed-capital investment, the government also exempted tax above fair market value for incubators in start-ups, which is currently only available to venture capital funds. “In the context of startups, where the idea is at a conceptualization or development stage, it is often difficult to determine the FMV of such shares. In majority of the cases, FMV is also significantly lower than the value at which the capital investment is made,” it added.

The government also defined a start-up for the purpose of government schemes as one registered in India within the last five years and has annual turnover not exceeding Rs.25 crore.

With the intention of reducing regulatory burden on start-ups so that they can focus on their core business, they have been exempted from six labour laws and three environmental laws for a period of three years. Start-ups will also be provided free legal support in filing intellectual property rights (IPR) and their patent applications will be fast tracked at lower costs. Mint first reported this on Thursday.

To create a single point of contact for the entire start-up ecosystem and enable knowledge exchange and access of funding a Startup India hub will be created.

Starting April, start-ups can register themselves as a company in a simple procedure using an app.

To provide equal platform to startups in government procurements, the criteria of prior experience or turnover will be exempted without any relaxation in quality standards or technical parameters. At present, central government, state government and public sector units have to mandatorily procure at least 20% from the micro, small and medium enterprises in which now start ups can also participate.

The government will also create a policy framework for setting up of incubators across the country in public private partnership, build innovation centres at national institutes and set up seven new research parks.

Anurav Rane, chief executive officer of PlanMyMedicalTrip.com said while the entire summit was aimed at promoting start-ups, our expectations were limited to motivating the youngsters in taking initiatives for doing something they believe in. “However, we truly feel that this summit has been worthwhile after listening to the announcements made by the PM. Policies like No Capital gains tax, no taxes for 3 years and most importantly the Startup Fest will allow us to build a healthy collaborative environment with an aim to grow in this competitive world,” he added.

Rajiv Srivatsa, founder, chief operating officer at Urban Ladder said it is encouraging to see the kind of attention the start-up community is getting from the central government. “It re-instills faith in the path many of us (entrepreneurs) have chosen. I’m confident the government will play a significant role to support the ecosystem, and help us build truly world class ‘Made in India’ companies. With introduction of self certification compliance and easier patent laws, entrepreneurs will be able to spend more mind-space on innovation. The move to make exits simpler is also encouraging and will encourage more risk taking and hence, disruption,” he added.

“It is a phenomenal move by the government which gives a strong message… as far as the action plans are concerned, the impact and timing will be clear once the fine print is released,” said Aashish Bhinde, executive director (Digital Media & Tech) at Avendus Capital, an investment bank.

“The government has acted like a disruptive start up. The policies around cleaning the license raj will be a huge booster for Startup community while both setting up and dissolving a company. Other initiatives such as tax benefits, easy IPR regulations, and government academia will go a long way in making India’s start up ecosystem super successful,” said Radhika Aggarwal, co-founder and chief business officer, Shopclues, an online marketplace.

“It is incredible what the government has done for the startup ecosystem. I can say it is a populist start-up budget on steroids. They have given more than what has been asked for; it touches so many points right from reducing the patent fee to registering the company faster and even the events to promote start-ups in schools and colleges. This will help start-up jobs become as popular as MNC jobs are during campus placements,” said Vijay Shekhar Sharma, founder One97 Communications Pvt. Ltd that runs payments platform Paytm.