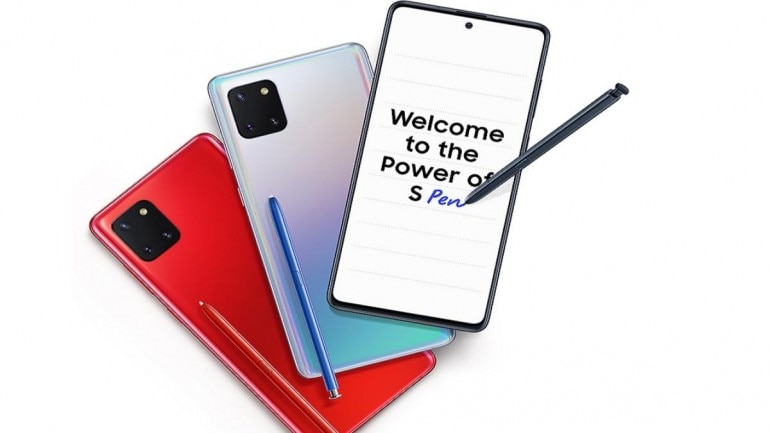 Samsung recently unveiled the Galaxy Note 10 and Galaxy S10 Lite smartphones at the sidelines of the Consumer Electronics Show 2020 in Las Vegas. At the tech show, the company revealed the core specs of the device and announced that the device would be launched in key markets around the globe very soon.

While the world still awaits the day, we in India appear all set to see the device launch in our country tomorrow. The company has taken to Twitter to reveal that the Note 10 Lite will be launched in the country on January 21, 2020.

The tweet also carried a link to receive notification of the launch, accompanied by a message: Get ready to experience the Power of S Pen. #GalaxyNote10Lite is launching on 21st Jan 2020. The link redirects users

Clicking on the link redirects users to Samsung’s India website where they can fill out a form with their email, mobile number, and pin code to get notified when the Note 10 Lite is announced for India. The link doesn’t reveal much else about the device, however, the specs, as well as the expected price of the device, is already known ahead of the launch of the phone.

While no official information about the phone is available yet, there are credible reports about the pricing of the Note 10 Lite. As per a report by IANS, the Samsung Galaxy Note 10 Lite could be launched in India at around the Rs 40,000, with the entry variant starting retail at Rs 35,990. The smartphone will be made available in the country through Flipkart and offline stores.

The price, however, may well be brought down some more by Samsung also announcing a number of launch offers at the time of the device.

Despite being a watered-down variant of the flagship Galaxy Note 10, the Galaxy Note 10 Lite brings with it some impressive, flagship-like specs. It brings with itself edge-to-edge 6.7-inch Infinity-O displays capable of Full HD+ resolutions and a pixel density of 394 ppi.

Under the hood, the Galaxy Note 10 Lite offers Samsung’s in-house Exynos 8895 chipset which has been paired with 6/8GB+128GB RAM and storage configuration. The phone is kept on by a massive 4500mAh battery that supports super-fast charging.