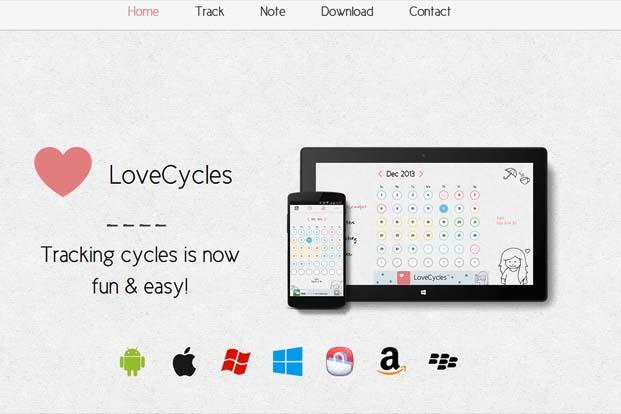 LoveCycles is trying to tap into the “Quantified self movement” where minute details of physical activities, such as steps taken in a day, number of calories burnt and hours of sleep, are recorded and analysed with the help of various apps and connected fitness devices.

Period tracking apps can help women understand when they are fertile, spot changes in their menstrual cycles that may point to larger health issues and be prepared. Some of these app-makers also partner with academic institutions to understand issues in women’s health from the data they collect.

With this investment, LoveCycles is going to focus on making product improvements, and a big push in India. On Tuesday, it introduced its Hindi app, and said it hopes to add at least six other regional languages soon.

So far, the app was available in 13 languages and has large traction in countries like Mexico, the US, Italy, Russia and Brazil.

The four-year-old start-up had so far been bootstrapped, and claims about 1.2 million active users who use the app every month, from a total of six million users who downloaded their app.

The app is integrated with Google Now, and information on a woman’s period (if it is delayed, fertility time) automatically surfaces for those who enable Google Now.

LoveCycles was founded in 2012. “It was my wife’s idea. We always wanted to do something like this, but a close friend had gone through something that could have been avoided if she tracked her cycles closely, and that was when we launched to tackle this problem with technology,” said John Paul, chief executive officer, LoveCycles.

The start-up is run by a team of four, of which two are women.

The company said it was not focused on monetisation right now, and plans to get to 6 million monthly active users before exploring revenue streams.

Uncategorized 42 App 208 crore 30 From 239 Gets 73 LoveCycles 1 partners 20 Period-tracking 1 Prime 5 Rs5 1 venture 9
Newer Post
Finomena raises funds from Matrix Partners and others
Older Post
Customer support in the time of instant outrage: How start-ups do it