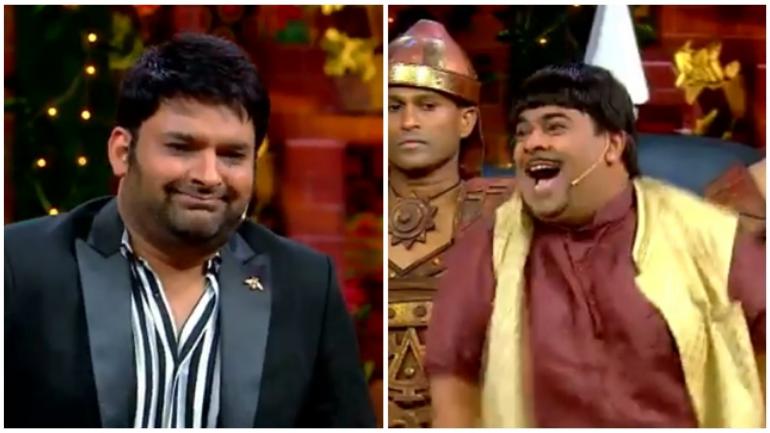 A new teaser of The Kapil Sharma Show has been released by Sony TV ahead of the comedy show’s grand premiere on December 29 at 9:30 PM. In the new teaser Simmba team Rohit Shetty, Ranveer Singh and Sara Khan are seen having a ball of a time with Kiku Sharda giving them a ‘hunkaar wala’ welcome. In the new teaser of the comedy show, Kiku is seen making fun of Kapil’s brand of humour and say that “inhi saari baaton ki wajah se Deepika haath se nikal gayi,” and asks Kapil to move on. Rohit Shetty, Sara Ali Khan and Ranveer Singh can be seen having fun at Kapil’s expense.

Comedy king Kapil Sharma is all set to make comeback after many months post his last show Family Time With Kapil Sharma bombed and was taken off air. The comedian, who has just tied the knot with long-time girlfriend Ginni Chatrath, has already shot for the first episode and the leaked stills of the same is doing the rounds on internet. In the first episode of the show, Simmba team Rohit Shetty, Ranveer Singh and Sara Khan will grace the show to promote their upcoming film. Post that in another episode, Salman Khan, the producer of the show, will make an appearance on the show with his Khan-daan, father and brothers Sohail and Arbaaz Khan.