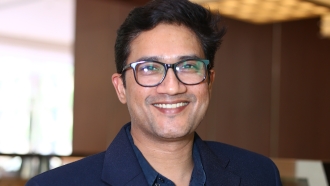 The world of creativity is tremendously satisfying and yet, quite frustrating at times. A lot of times, our frustration is the result of the traps we inadvertently get into. Having spent 17 years in the field of design in various roles that allowed me to interface with several personas, here’s the list of my 5 favourites…

So you’re in the game of creating something new. Great! But are you always trying to do something new and in that attempt, losing sight of where you are actually headed? If yes, you may be headed towards the Novelty trap. Creators very often get into this without keeping a tab on the actual problems they are solving. This calls for a lot of time, investment and powerful decisions followed by frustrations and threat of failure.

To avoid this trap, inculcate the habit of discipline, plan what you are going to accomplish, time your goals and run retrospect regularly to assess if you are headed in the right direction.

So you believe, ‘God lies in the details’. Great! I believe it, too. But are you getting into detail so much so that you’ve lost focus on the actual problem you are solving? Well, sometimes it’s important to see things from the perspective of the people you are serving: Are they sensitive to the details you are sweating on or are they looking for something else?

Have you heard of the concept of ‘Quick and Dirty’? To avoid getting into the overthinking trap, the ‘Quick and Dirty’ approach comes in handy. Through this, you kickstart something in the direction of your vision, but detail it just enough for others to take them further… details, leave it to the people, please!

This is in the opposite direction of #1 and excites people who like to improve things. To state the truth, everything in this world can be improved, but that’s not the point. At some point (inflection point), which needs great vision to foresee, you need something breakthrough and improving things will suck you into the ‘incrementality trap’. So all you do is, burn midnight oil solving the same problem insanely well, but you haven’t realised that it is redundant in the current context.

To avoid this, visualise what happens when you actually make that incremental improvement and understand if the world is excited about it. If you are poor at visualising, prototyping your idea can come in handy to test waters.

Most times, those who disrupted established players are the ones who didn’t know the market as well as the established ones did. If you are selling well, making an impact and have matured in your game, you’re sure to fall in this trap without even realising it. You may have all the answers to tricky questions as your understanding of ‘why’ is deep rooted.

To avoid this trap, start answering ‘why not’. Experimentation is the new game you are going to play and since most of those new players have nothing much to lose, they are going to be really good in this game. In order to do the same, you need smaller groups within your organisation that are nimble and can experiment the way a start-up would.

So your boss asked you to share a plan or an idea as of yesterday and you’re trying hard to impress him. More often than not, you are going to fail because you have just sent something across without weighing it yourself. Let’s say he is impressed at the first go, you’re still going to revisit it many times because each of you are answerable to someone who is going to ask questions for which you haven’t thought of any answers yet.

CREATIVE 385 5 57 and 568 Avoid 5 Creative 198 Getting 12 how 151 into 64 to 1191 traps 1 you're 6
Newer Post
Insights on Cannabis, Attitudes and Opioid Use From Dr. Brian Kaskie and the Cannabis and Older Persons Study
Older Post
Market intelligence company Kids Insights launches in India