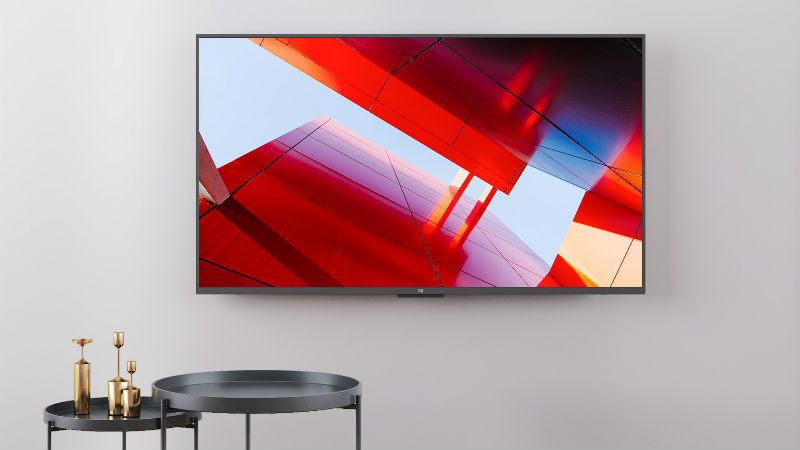 Mi TV 4S 55-inch is the latest Xiaomi smart TV, and comes with features similar to the 40-inch Mi TV 4A

Xiaomi Mi TV 4S is the company’s newest Mi TV series of smart TVs in its home market. Xiaomi has launched the 55-inch Mi TV 4S in China, and the 4K TV comes with an HDR display, PatchWall, Dolby audio, and other features. Earlier this month, the manufacturer had announced another 40-inch Mi TV 4A in the country, but the new TV comes with additional features and a larger screen. The 55-inch Mi TV 4S is priced at CNY 2,999 (roughly Rs. 31,100) in China. Pre-orders for this TV are already open on the company’s website, but the device will go on sale on April 3. The is no clarity on whether Xiaomi will launch this TV in other markets, including India.

When it comes to specifications, the MI TV 4S sports a 55-inch (3840×2160 pixels) 4K display. It has direct type backlight, 178-degree viewing angle, refresh rate of 60Hz, and 8ms dynamic response. The smart TV is powered by a 64-bit quad-core Amlogic Cortex-A53 processor with clock speed of up to 1.5GHz, coupled with 2GB of RAM. It also comes with 750MHz Mali 450 GPU and has an inbuilt storage of 8GB. Connectivity options in the new TV include Wi-Fi 802.11 b/g/n, Bluetooth 4.2 + LE, USB port, HDMI port, AV port, analogue signal DTMB, and Ethernet. It has two 8W speakers with Dolby and DTS enhancements.

Other features in the new Mi TV 4S 55-inch TV includes voice control support that lets buyers use the remote with inbuilt mic to give commands such as “shut down after 20 minutes,” or “fast forward to 54 minutes and 21 seconds” to control certain functions without pressing any buttons. It is based on the Android-Based Patchwall UI that the company is known to use in its other TVs.

Additionally, there are two 8W stereo speakers included on the 55-inch Xiaomi Mi TV 4S and the device supports both DTS and Dolby Audio. In terms of dimensions, the TV measures 123.6×77.6×71.6cm and weighs 13.4 kg without the base weight.