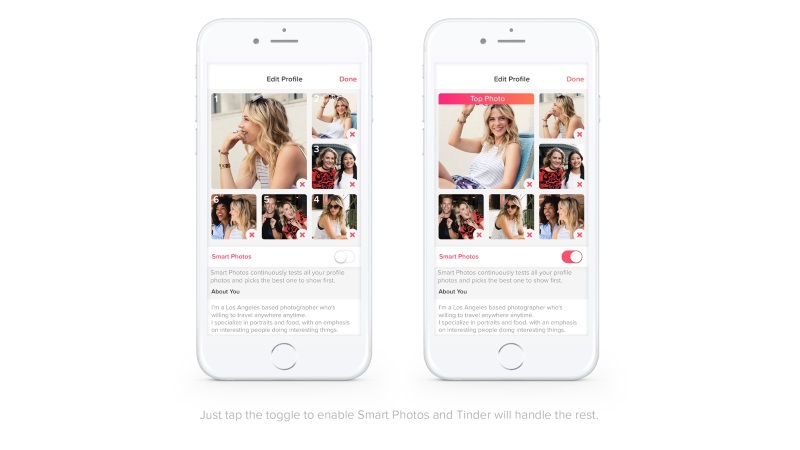 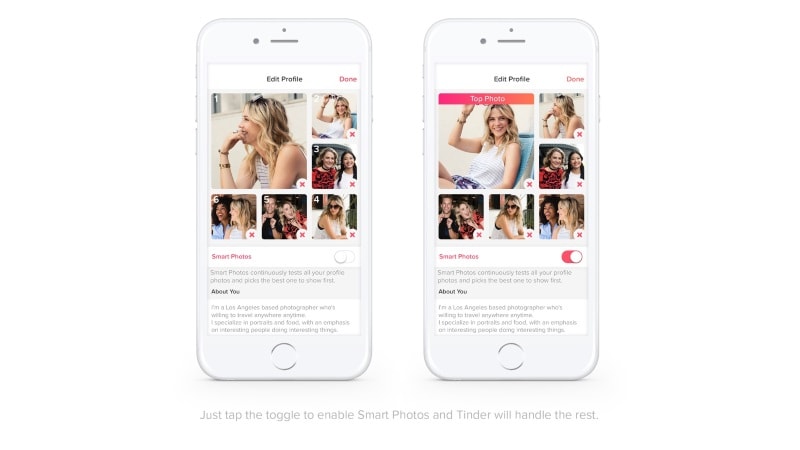 Tinder has quickly become one of the most popular dating apps around the world, but there has been one constant complaint that has plagued the app since its launch – the difficulty in finding a match. Now the app wants to address this issue and has introduced a feature called Smart Photos to increase your chances of finding a match by choosing your best photo to represent you.

The company says that it has implemented a brand new algorithm that maximizes your match potential. “It’s simple: Smart Photos alternates the photo first seen by others when you’re shown on Tinder, notes each response as others swipe on you, and reorders your photos to show your best ones first. In testing, users saw up to a 12 percent increase in matches,” Tinder said in its release.

(Also see:  Tinder’s New Boost Feature Helps You Skip the Line, Puts You on Top of the Pack)

The app will essentially be using what in the publishing world is best known as A/B testing to help you make your profile as attractive as possible with the photos you uploaded. It will constantly test your profile photos and then arrange them in a manner that increases your chances of finding a match.”We all Swipe Right for different reasons, so everyone on Tinder has a distinct swiping pattern. Smart Photos take into account each individual’s swiping pattern when selecting which of your photos they’ll see first. It’s a system that gets smarter with more input: the more you swipe and the more you’re swiped on, the better the algorithm serves you. Yes, there’s science behind the swipe,” the company said.