How to tackle bro-culture in tech startups 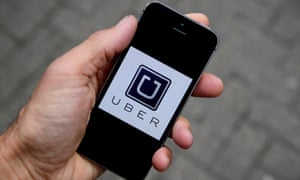 March is Women’s History Month and if you’re a journalist writing about women and work, your inbox will be inundated with press releases from corporates. They all want to tell you about the amazing programme they run for women, the targets they have set, or the new female board member they have just appointed. If you believed everything you were told you would think the average workplace was female nirvana. And then you read a blog post like the recent one from Susan Fowler, an engineer who used to work at Uber, and you realise how far there is still to go.

In case you missed it, last month Fowler blogged about why she left the tech giant. She explained that despite registering complaints about sexual harassment and discrimination, the company prioritised bro-code over behaviour. According to Fowler, reporting any sexual harassment issues resulted in her being told that either she was overreacting or that the man in question was a high performer so his behaviour would be ignored.

As a response to this, Uber opened an investigation, with its CEO, Travis Kalanick, claiming he wants justice for everyone at the company. Perhaps it’s just me but his statement has the ring of defensiveness about it. Whatever the results of the review, it’s important to remember that Uber is not alone is this behaviour. There are a good many tech firms currently counting the number of women in their engineering teams and worrying that they might be next. As Sarah Lacy, founder of Pando Daily, tells Vox, the culture of Silicon Valley and the entire tech industry has changed.

The sort of bro culture seen at Uber recently might be expected in banking, a hangover from the Wolf of Wall Street days, but there’s an assumption that tech companies should be more enlightened. However, as more money has poured into tech startups, the culture has changed. The alpha male bro is reigning, and it’s not good for women.

In the spirit of generosity, here is some advice for tech companies. If you’re concerned that your organisation is about to be submerged by a sexual harassment scandal, this is what you should do:

Looking for a job? Browse Guardian Jobs or sign up to Guardian Careers for the latest job vacancies and career advice