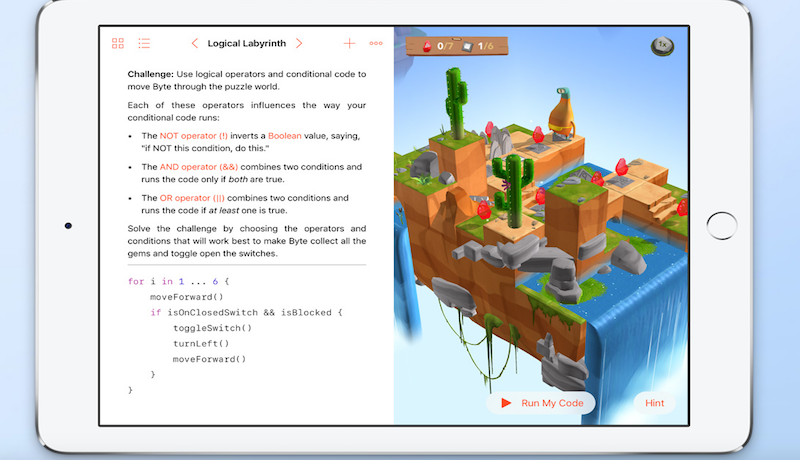 Swift Playgrounds is compatible with all iPad Air and iPad Pro models and iPad mini 2 and later running iOS 10.

With Swift Playgrounds, real coding concepts are brought to life with an interactive interface that allows students and beginners to explore working with Swift, the easy-to-learn programming language from Apple used by professional developers to create world-class apps.

“Everyone should have the opportunity to learn coding, and we are excited to bring Swift Playgrounds to the next generation of programmers,” said Craig Federighi, Senior Vice President, Software Engineering, Apple, in a statement.

Swift Playgrounds includes Apple-developed programming lessons that guide students through a series of challenges and puzzles.

In the meanwhile, Apple has also released refreshed iWork apps for iOS, bringing in the recently announced real-time collaboration feature in beta.