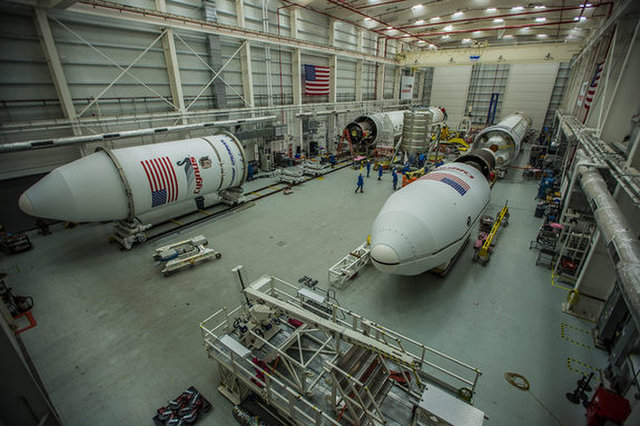 Some Strange Science Will Launch Into Space This Week for NASA

This Thursday, crystallizing proteins from the Michael J. Fox Foundation, a dizzying virtual- reality system, ultratiny membranes and the “Refabricator” — a device that turns waste into 3D-printing filament, will all be shooting into space.

This weird science and so much more will launch Thursday (Nov. 15) at 4:49 a.m. EST (0949 GMT) on Northrop Grumman’s (formerly Orbital ATK) 10th commercial resupply mission to the International Space Station. The company’s Cygnus spacecraft will lift off on its Antares rocket from the Mid-Atlantic Regional Spaceport at the Wallops Flight Facility in Virginia, carrying about 882 pounds (400 kilograms) of research and hardware for these experiments, NASA officials said in a statement. In total, the rocket will launch about 7,500 pounds (3,402 kg) of scientific equipment and crew supplies like food and clothing to the International Space Station.

These experiments will be among the hundreds of scientific investigations currently happening aboard the space station. The launch will be visible along parts of the U.S. East Ccoast, and you can watch it live online here at Space.com, courtesy of NASA TV. [Launch Photo: Orbital ATK’s Antares Rocket & Cygnus OA-9 Soar to Space Station]

Northrop Grumman’s Cygnus vehicle has been named in honor of NASA astronaut and U.S. Navy officer John Young. Young spent 835 hours in space over six missions as a NASA astronaut.

This technology could be very useful for long-term deep-space missions where astronauts will have to deal with waste, repair and resource issues on a regular basis. As the investigation’s research overview states, “Without a recycling capability, a large supply of feedstock would need to be stowed on board for long-duration exploration missions.” This investigation is sponsored by NASA’s Technology Demonstration Office.

The Effect of Long Duration Hypogravity on the Perception of Self-Motion (VECTION) study, another investigation launching to the space station, will explore how a microgravity environment might affect an astronaut’s ability to visually interpret motion, orientation and distance.

Here on Earth, our senses work together to let us know how far away we are from things, how fast they are moving, and how they are oriented. In space, gravity no longer plays a part in our vestibular system, a system that contributes to our sense of balance and orientation. The VECTION study aims to better understand how microgravity affects these senses using virtual reality.

In this study, astronauts will wear a virtual-reality (VR) system that will provide computer-generated visual clues to try to create artificial gravity using visual acceleration, Laurence Harris, a professor at York University in Toronto and principal investigator in this research, said at a news conference on Thursday, Nov. 8. After the VR simulation, the astronauts will report how far they perceive that they moved, how far away things were from them, etc.

“Many astronauts do feel disoriented or suffer from space sickness when they first arrive at the space station,” Harris said. So, to understand how a microgravity environment might affect astronauts at multiple points in their trip, they will participate in the VR simulation as soon as they arrive in space, once they’ve gotten used to the environment and once they’ve returned to Earth.