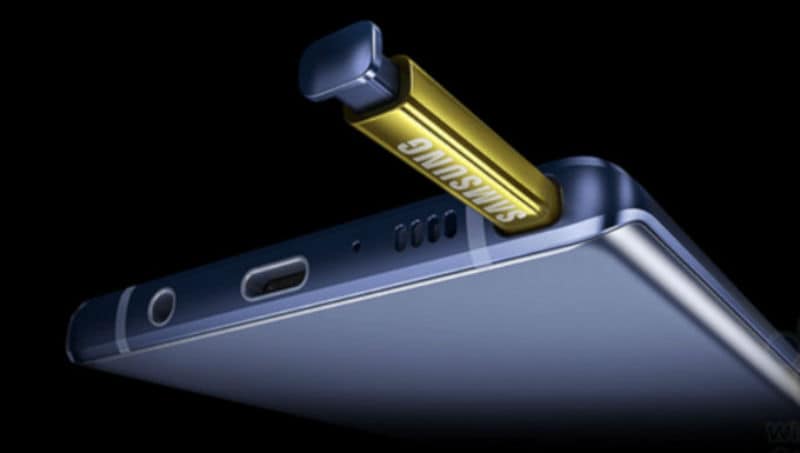 Samsung Galaxy Note 9 will get unveiled this week, but with all the rumours that have been surfacing on the Web, we probably know what to expect from the smartphone. Besides all the leaks, the Galaxy Note 9 has also been showcased in several teasers released by Samsung itself. However, leaks are still pouring in tipping the expected specifications and features of the upcoming handset. A recent leak has suggested that the Galaxy Note 9 will have AI-based features. Samsung will also reportedly give early Galaxy Note 9 buyers a choice between the AKG Y50 Bluetooth wireless headphones and 15000 Fortnite V-Bucks. Additionally, a leak has also suggested the features of the S Pen stylus that will reportedly also be sold standalone by Samsung.

As per a post by a tipster on Reddit, citing an unnamed Samsung trainer, the Samsung Galaxy Note 9 will come with AI-based features that will be able to optimise the camera based on the subject detected, such as landscape, portrait, food, and more. The new camera is also said to have speech bubbles that pop out if it detects an image having any imperfections such as “blurriness, eyes blinking, and hand shaking too much.”

According to the Reddit user, pre-order offers on the Samsung Galaxy Note 9 include wireless noise-cancelling headphones from AKG worth $299 or the Fortnite package. Also, buyers would be given the option to get both if they pay $100, the user added. This piece of information has been reaffirmed by an image of Galaxy Note 9 Value Pack retail box shared by Dutch site Techtastic. The retail box includes the AKG headphones along with a car mount.

The leaks suggest that the S Pen stylus in Galaxy Note 9 will let users double tap a button to flip camera mode via by doubling as a remote shutter. Also, the S Pen will be able to deliver up to 30 minutes of use by charging for just 40 seconds. Also, the leak suggests that S Pen will come in different colour options and Samsung will separately sell different colour styli. However, there is no information on the pricing. The colour of the stylus is also said to determine the colour of the on-screen memo font.

Meanwhile, a new report has hinted at the features of the S Pen stylus that will arrive with the Samsung Galaxy Note 9. As per a WinFuture report, the S Pen will get Bluetooth support, a feature that has been suggested in leaks multiple times. The report says that the button at the top of the stylus can now be used for the first time as a remote control for the smartphone. The report claims that the S Pen can be used to trigger images, remotely control presentations, or even operate other apps without having to touch the handset itself. The images leaked in the report suggest that the stylus comes with a finer tip and now supports 4,096 levels of pressure for a very precise control over your drawings or hand-written messages.