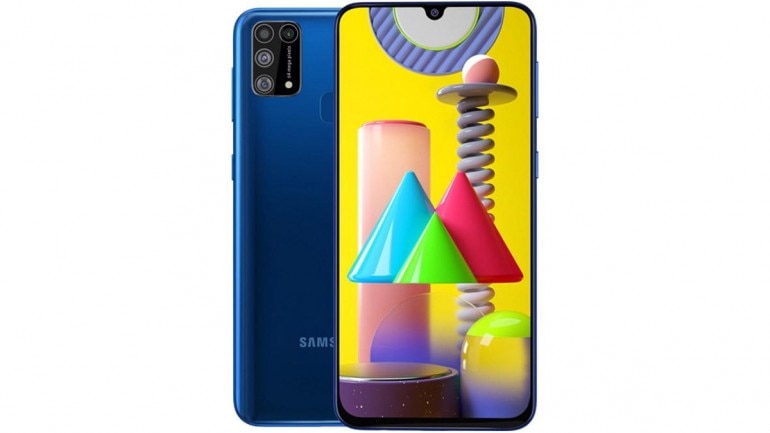 Samsung Galaxy M31 finally has a launch date in India. The next smartphone in Samsung’s Galaxy M series will see the light of day later on February 25, amid the MWC 2020. A Galaxy M31 microsite, which is now live on Samsung India website, has also revealed the key specifications of the upcoming smartphone. The Galaxy M31 will come with a 64-megapixel main camera at the back, along with a mammoth 6000mAh battery under the hood. One of the variants for the Galaxy M31 comes in glossy Blue colour, as seen on the website.

The Samsung Galaxy M31, which succeeds the Galaxy M30, will be launched in India at 12 noon on February 25. It could be a soft launch though, where the event will just be live-streamed on the company website and the YouTube channel. This is also when the official pricing of the smartphone, along with launch offers will be announced.

Ahead of the launch, Amazon India has also listed the Galaxy M31 with its looks and all its major specifications. Apart from the 64-megapixel primary shooter and a 6000mAh battery, the Galaxy M31 will also pack a full-HD+ Super AMOLED Infinity-U Display, the size of which has not been revealed. There will be a fingerprint sensor at the rear of the smartphone as well, the microsite shows. Also, the rear cameras will reside in a rectangular island with curved edges, much like the one seen on the recently launched Galaxy S10 Lite.

Some recent leaks have also suggested that the Galaxy M31 will be powered by an Exynos 9611 SoC with up to 6GB of RAM and 128GB of internal storage, which could be expandable. To recall, the Galaxy M30s is also powered by the same processor.

Talking about the predecessor, the Galaxy M30 was launched in India in March last year. It comes with a 6.4-inch FHD+ Super AMOLED display, rocks an Exynos 7904 processor, and runs Android 10-based One UI 2. There are three cameras at the back – a 13-megapixel main sensor and two 5-megapixel snappers. For selfies, there is a 16-megapixel camera on the Galaxy M30. The smartphone is backed by a 5000mAh battery under the hood.