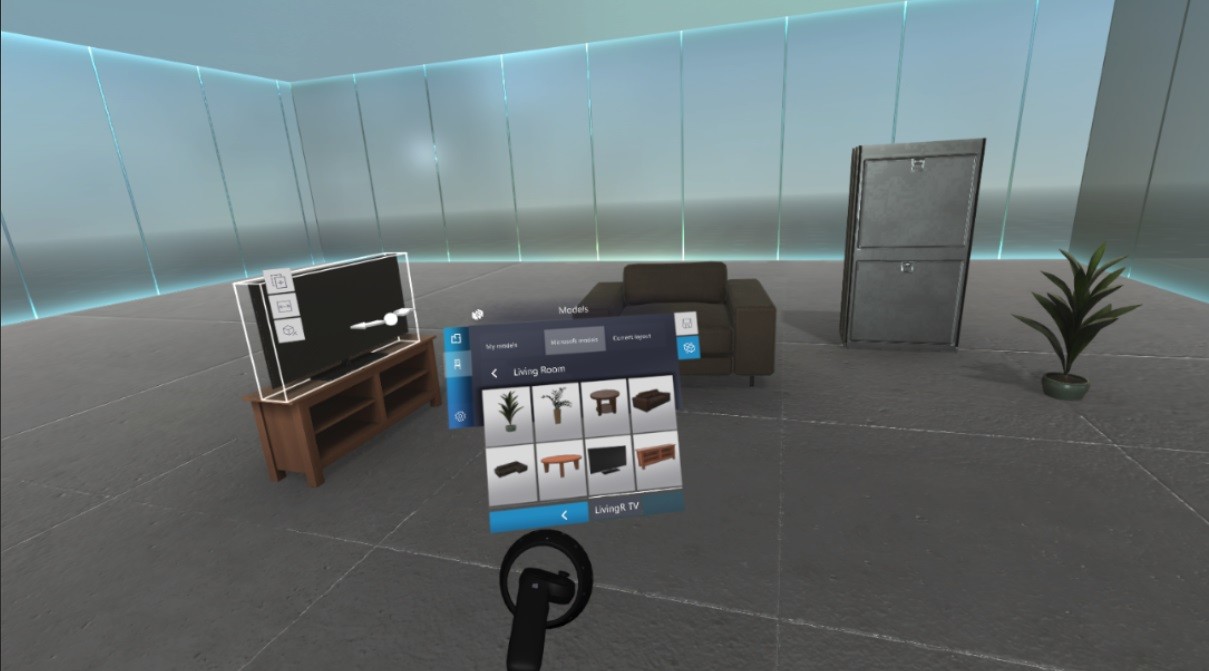 During its Build 2018 developer conference last week, Microsoft introduced two new mixed reality apps designed for the workplace. At their reveal, Microsoft said the apps would be available in a limited-time preview starting on May 22. However, both apps have now been spotted by noted Microsoft watcher WalkingCat in the Microsoft Store a little earlier than expected.

The first app, Microsoft Remote Assist Preview, is available only for HoloLens users and is intended as a way for workers to remotely collaborate with experts on their Microsoft Teams contact list. Within the app, workers can take advantage of video calling, image sharing, and mixed reality annotations. Combined, the features are meant to enable workers to keep their hands free while being guided through a task.

The next app, Microsoft Layout, is a design app for mixed reality. Users can use Layout to view 3D models in a room at real-world scale, allowing them to see how a room will look in the physical space around them or in a virtual space. The layouts can then be shared and edited with others in real time. We briefly tried out Microsoft Layout with a Windows Mixed Reality headset and it works as advertised, though it’s slightly buggy in its preview form.

Both apps represent Microsoft’s determination to make HoloLens and mixed reality apps a reality in the workplace. That’s something we’ve already seen with companies deploying HoloLens to help out in everything from operating rooms to automobile design studios. However, there’s quite a bit of room left to expand as the mixed reality space continues to grow.

If you have a HoloLens or Windows Mixed Reality headset, both apps are listed in the Microsoft Store now.