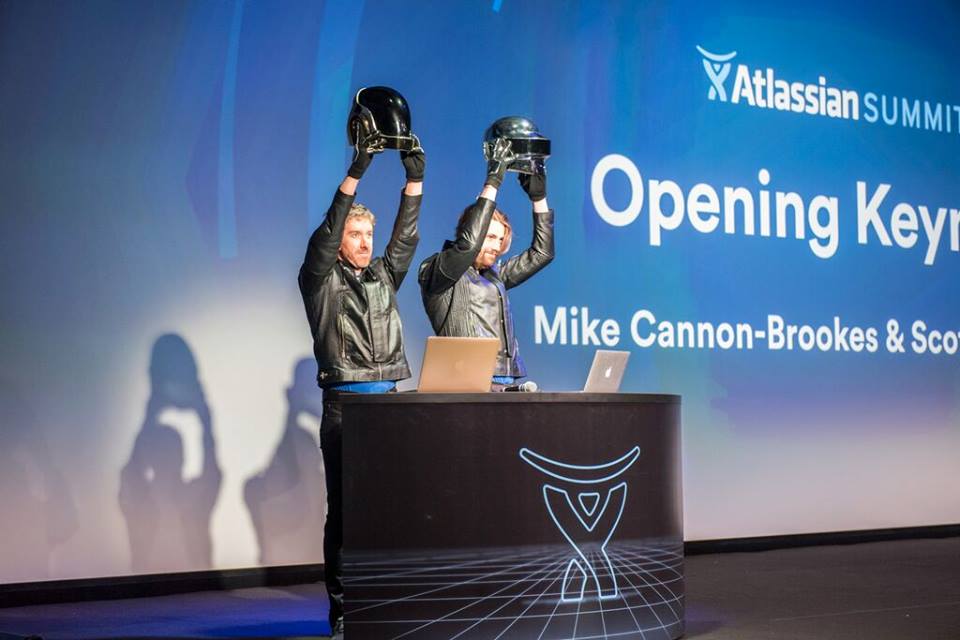 INNOVATION INSIGHTS: Here’s an inside look at the platform that made Atlassian famous

Atlassian is one of Australia’s biggest tech success stories. JIRA, its signature project management platform, is used by countless teams around the world from NASA to Tinder. The company has grown from a small office in Sydney, funded with a credit card, to over a thousand employees and a multi-billion dollar IPO last year.

Like many successful products, JIRA grew out of a need faced by the founders, Mike Cannon-Brookes and Scott Farquhar. Cannon-Brookes and Farquhar needed a way to stay on top of all the work their consulting company was receiving, across numerous clients. Not able to find a user-friendly solution that fit their needs, they built one instead.

As it exists now, JIRA provides a centralised platform tracking bugs and issues as well as breaking down projects. Initially beloved by developers, its project management functions have seen its usecases expand and its strength in agile development employed across industries.

Being user-friendly was key from the beginning. It was the reason the product was created, the company started, and the strategy to winning new customers.

“Mike and Scott’s consulting clients were impressed with their ability to track projects, and soon JIRA grew as a tool to help teams across multiple companies more effectively manage their work,” says Jason Wong, principal product manager at Atlassian.

“The alternatives to JIRA at the time were not that user-friendly. We invested a lot in building JIRA to be user-friendly. Lustworthy was the actual word we used to describe the kind of user experience we strived for.”

Cannon-Brookes confirmed user-friendliness as a sales strategy in 2008, explaining the “Atlassian model” meant creating a product that sold itself. JIRA would be a product customers bought, not one Atlassian sold.

A March 2008 presentation on ‘Scaling Atlassian’ by Mike Cannon-Brookes.

In this respect, Atlassian was at the forefront of the dramatic shift in enterprise software — designed with users in mind, rather than technical officers. Over the years, it has seen Apple displace Blackberry, Google launch business apps, including Atlassian-competitor Slack, which has become a multi-billion dollar startup. These are all products and companies that captured consumer imagination, filtering into businesses from the bottom up.

And not having to invest in sales and marketing — relying instead on user evangelism — Atlassian was able to plow the proceeds into research and development. This kicked off a virtuous cycle for the company.

“Without a traditional sales team we are able to invest significantly more in R&D. That investment drives product advancements that in turn deliver customer value and fuels the word-of-mouth evangelism,” says Wong.

JIRA’s rise was textbook disruption as Atlassian targeted segments of the market incumbent productivity products neglected. After establishing a beachhead at the low-end, functionality steadily increased as a marketplace was created with thousands of plugins adding to its appeal. Soon, competitors were scrambling to buy the company.

And according to Wong, the company always knew its collaboration software — which includes group messenger Hipchat — had a huge potential market. Analysts are starting to catch up, withIDC research recently forecasting the enterprise-social market will reach $US 3.5 billion by 2019, up from $US 1.46 billion in 2014.

“At the very basic level, we always believed the market was bigger than others believed it to be. We knew project tracking, particularly in context of software projects, was broken. The products that existed were cumbersome and expensive and the alternative was tracking issues in Excel or Word,” says Wong.

“It was a disaster, but it was thought to be a small, or tolerable, problem. By doubling down and building a high value product that was easy to buy and easy to implement we found ourselves quickly becoming mission control for thousands of teams across organizations in every industry.”

JIRA has evolved significantly from the software Cannon-Brookes and Farquhar needed to keep track of their projects. The JIRA marketplace has added innumerable functions, from customer relations to feedback generation. From what was initially a self-hosted product — something customers had to download and run themselves, Atlassian has since added cloud-hosting, lowering the barrier for smaller and less-technical teams.

Lowering barriers has been a consistent theme, as the company introduced agile software development in 2009, supporting popular agile methodologies like Scrum and Kanban. JIRA is now a platform supporting three distinct usecases; software, IT and business.

“With the release of JIRA 7.0 in October, 2015, JIRA matured into a platform product with unique offerings that are purpose-built for software teams, IT teams, and business teams,” says Wong.

“This is how we landed at today’s product lineup of JIRA Core, JIRA Software and JIRA Service Desk, and because the products are interconnected, they are all being used by a lot more teams.”