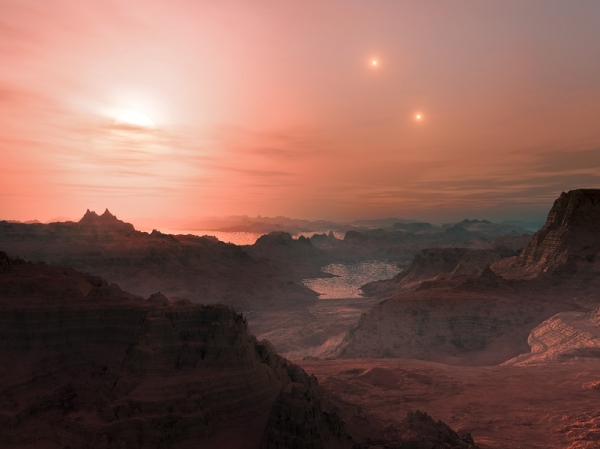 Unlike our solar system, other star systems contain two or more host stars with planets that may or may not surround it.

Just recently, scientists from the Harvard-Smithsonian Center for Astrophysics (CfA) have identified a planet located in another trinary-star system — a gas giant called KELT-4Ab.

Confirmed by the Kilodegree Extremely Little Telescope (KELT), the existence of exoplanet KELT-4Ab brings astrophysicists the opportunity to study the evolution of triple-star systems.

The star system of exoplanet KELT-4Ab in particular would help experts understand how gas giants are able to withstand nearness to host stars.

What We Could Learn From This Cosmic Affair

Although scientists have yet to find out the composition of KELT-4Ab’s atmosphere, this exoplanet could offer insight about the evolution of gas giants close to their parent stars.

Because of the inflated atmosphere, as well as its similarities in size and characteristics with our solar system’s fifth planet, exoplanet KELT-4Ab has been dubbed as a “hot Jupiter.”

KELT-4Ab’s three suns are located in KELT-4, which is a system that scientists have long been aware of but initially thought of as a two-star system.

The gas giant revolves around its sun-like star KELT-A every three days. The exoplanet’s distance to KELT-A has caused its atmosphere to become inflated by heat.

Its two other stars KELT-B and -C orbit each other every thirty days. Both of them then orbit KELT-A and KELT-4Ab every 4,000 years. This intricate orbit is eight times the size of dwarf planet Pluto’s revolution around our Sun.

Jason Eastman, lead researcher of the project, said gas giants are supposed to form much farther from their host star, just like Jupiter. In fact, hot Jupiters such as KELT-4Ab are theoretically not supposed to exist.

He said exactly how these gas giants got so close is an unresolved question, but it could be that KELT-4BC — a binary system — may have ultimately driven KELT-4Ab so near to KELT-A, he said.

“One theory is that it migrates due to hot interactions with a third body — in this case, the third and fourth bodies KELT-BC,” added Eastman.

The team’s findings are published in the Astronomical Journal.