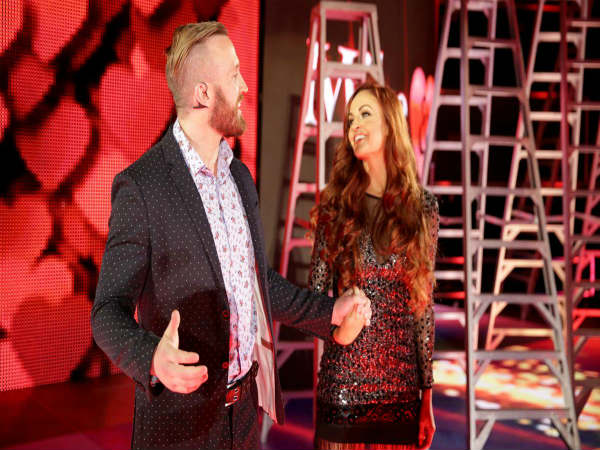 Creative planning with Mike and Maria Kanellis in the WWE

Bengaluru, July 3: Maria Kanellis is an extremely talented female performer in all of sports entertainment. She made a name for herself during her career in the WWE between 2004 and 2010. The company used her as an interviewer but she adapted the wrestling capacity, as well. Later, Maria was inserted in numerous storylines and feuds in the company before getting released. Once she departed, her wrestling went on an all-time high note in different promotions all over the world. With her glamour and wrestling capability, she easily became the first lady in Ring of Honor, New Japan Pro-Wrestling and more.

The same gimmick was carried in the WWE, as well. She returned in the company after seven years alongside her husband, Mike Bennett who now adopted her wife’s name and known as Mike Kanellis. The couple is here to show the world what “Power of Love” is all about.

Now, prior to this, the actual planning with the couple was to make them debut on the NXT roster. A lot of people have thought that it would be a far better idea to establish a newcomer like Bennett.
But, the creative insisted him to drop the surname Bennett and go by her wife’s name who is already a known face to the WWE Universe. This would help her heel character to establish in the Smackdown roster. His in-ring works will do the rest for them.
According to the updates from Inquisitr.com, WWE has not signed Maria Kanellis in a full-time performer’s deal. It means that she will be working as a valet to her husband. This would a similar role to that of Maryse has been doing for The Miz since she returned, last year. Due to the same gimmick, Miz has recently created the faction named The Entourage.
Mike, on the other hand, will be a regular performer who will be working on matches on weekly basis doing house shows as well as the televised shows. As for now, they will emphasize on cutting promos to set up their character. Furthermore, he will set up a future feud with Sami Zayn to make in-ring debut at the Battleground PPV.