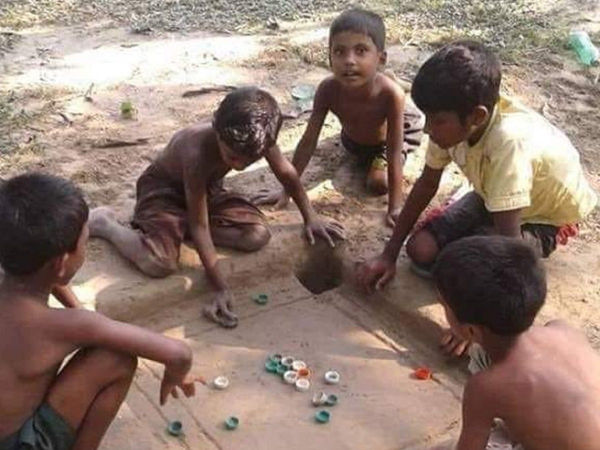 A photo of five children playing carrom has impressed netizens. The “inspiring photo” was shared on Twitter by business tycoon Anand Mahindra who received it in his “WhatsApp Wonder Box”.

The photo shows the children playing the game of carrom, however, they are not playing it on a regular carrom board. The creative children made the game on mud by making elevated edges to define the playing area. They drew squares to make the striking area for each player.

To make four pockets, the children dug out holes in the mud. They replaced carrom men and striker with bottle caps.

Take a look at the innovative carrom board: 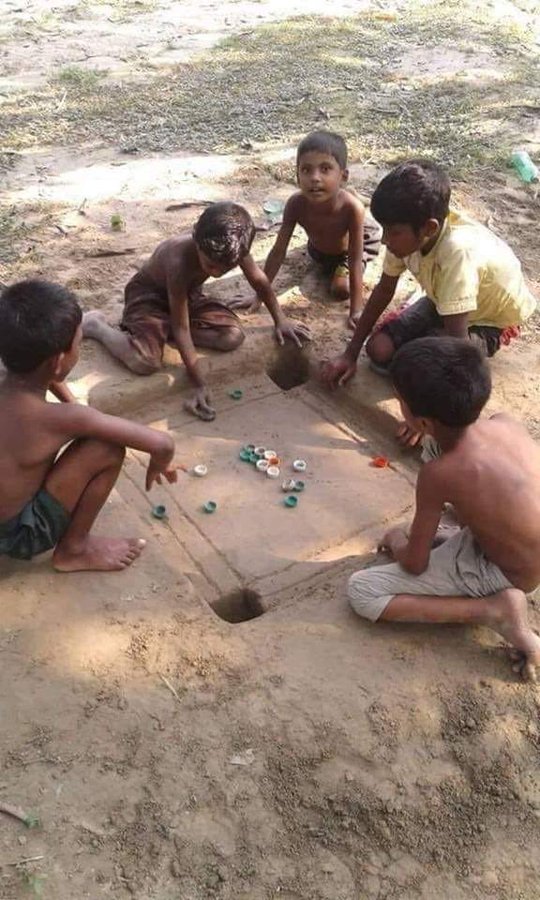 “What an inspiring photo to see in my #whatsappwonderbox this morning. Incontestable evidence that India has zero poverty of imagination…,” Mahindra wrote while sharing the photo.

The photo, which was shared on Friday, has gone viral on social media. It has garnered more than 27,000 likes and over 4,200 retweets. People have appreciated the children’s creative minds. Here are some of the reactions:

Earlier, Mahindra had shared a video of a child dancing to the siren of the anti-theft alarm on a motorcycle. The boy had kicked on the bike to activate its alarm.  He began to dance to the various tunes of the alarm with different moves.