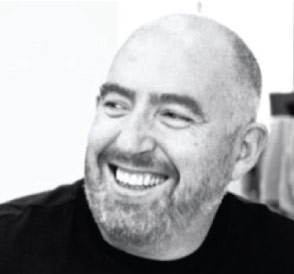 On day 3 at the Goafest 2016, Alasdair Lennox, Executive Creative Director, EMEA, Fitch deliberated on how advertising agencies can avoid being obsolete and the creative manifestos for the same.

Lennox did that by comparing six stages of extinction of an agency vis-à-vis the hypotheses around Dinosaur’s extinction from earth.

The six chapters included volcanic eruption, starvation, mammals eating the Dino eggs, meteors hitting the earth, climate change and the bodies of the Dinos being too big for their small brains.

Laying importance on the involvement of younger people in the creative process, he said, “One more reason why the Dinosaurs became extinct was because the mammals ate the Dino eggs. The agencies should be working with the undergraduate, creating internship programs. The creative people have to be an apprentice to both wise and raw mentors.”

He added, “If the agency stops feeding themselves with younger creative people, they could die.”

Comparing the need of balance with Volcanic Eruption he said, “The creative agencies need to have the right balance of art, science and technology. It needs to start again and again. There has been a continuous change over the years in the way designs are being made and accepted; hence the agencies need to change and balance creativity and technology.”

Lennox also elaborated on the necessity of being flexible and optimistic in an agency, “A senior creative person has to remind oneself to not be a negative meteor in the agency. Ego is the most negative thing for an agency. Creative Dictatorship is all about stepping forward and stepping back. You need to step forward like a leader also, step back and listen to the team and respect their leaders.”