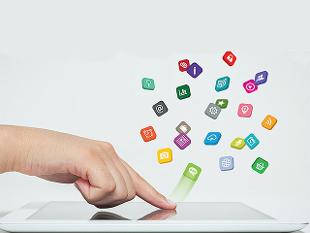 Why Cloud may shower billions on only a few tech companies

SAN FRANCISCO: Jeff Bezos of Amazon, along with a couple of his rivals, may eventually control much of the $1-trillion global market for business computers and software.

That is because Amazon Web Services, his big-business computing division, is starting to affect more than just the world of computer servers, data storage and networking at the core of computing.

Increasingly, it is also entangled with mobile phones, sensors and all sorts of other devices in the socalled Internet of Things. It’s the same story at Microsoft Azure and Google Cloud Platform, the other two big cloud companies. Startups and giant corporations rent the core resources, along with related software, instead of owning and running their own machines.

What’s next? As innovations like artificial intelligence and connected devices become popular, customers are putting cloud components in mobile computing, home games and email marketing campaigns. In other words, the big clouds aim to be everywhere.

“When has Amazon ever thought about anything other than world domination?” said Lydia Leong, who follows cloud computing at Gartner. Not content to be in big centralised data centers, she said, “they want to be at the edges, whether that is a customer’s own computers or the Internet of Things.”

This aim for domination was clear at Amazon’s big customer conference, called Re:Invent, which was held in Las Vegas this month. In one talk at the conference, an Amazon Web Services executive showed off the company’s 14,000-km undersea cable, part of an AWS global network that each day adds computing power equal to that inside aFortune 500 corporation, and spoke about this expansion. He talked about crushing the costs of servers and networking, most likely sad news for old tech giants that make those things, like Dell and Cisco.

In a nice bit of showmanship during the main keynote, Andy Jassy, the head of AWS, appeared onstage with an 18-wheel truck carrying a device that could suck 100 petabytes of data out of a customer’s computers and put it in the Amazon cloud.

It is easy to see why this matters to Amazon. In the third quarter, AWS had revenue of $13 billion a year, growing at 55% annually. AWS was 10% of Amazon’s revenue, but more than 100% of the company’s operating income.
But Amazon is not alone in this business, and the competition is getting more intense. AWS now has 81services, including ways to work on home video games. Microsoft’s 67 services include Internet of Things “hubs” and email marketing campaigns. Google has 53, including ways to deploy mobile software globally and steer performance with data analysis.

Comparisons of services are difficult, as one company’s service may encompass two or three offered by another.