BRAZIL’S LAUNCH SITE IS IN A GREAT LOCATION, BUT WILL US ROCKET COMPANIES WANT TO USE IT? 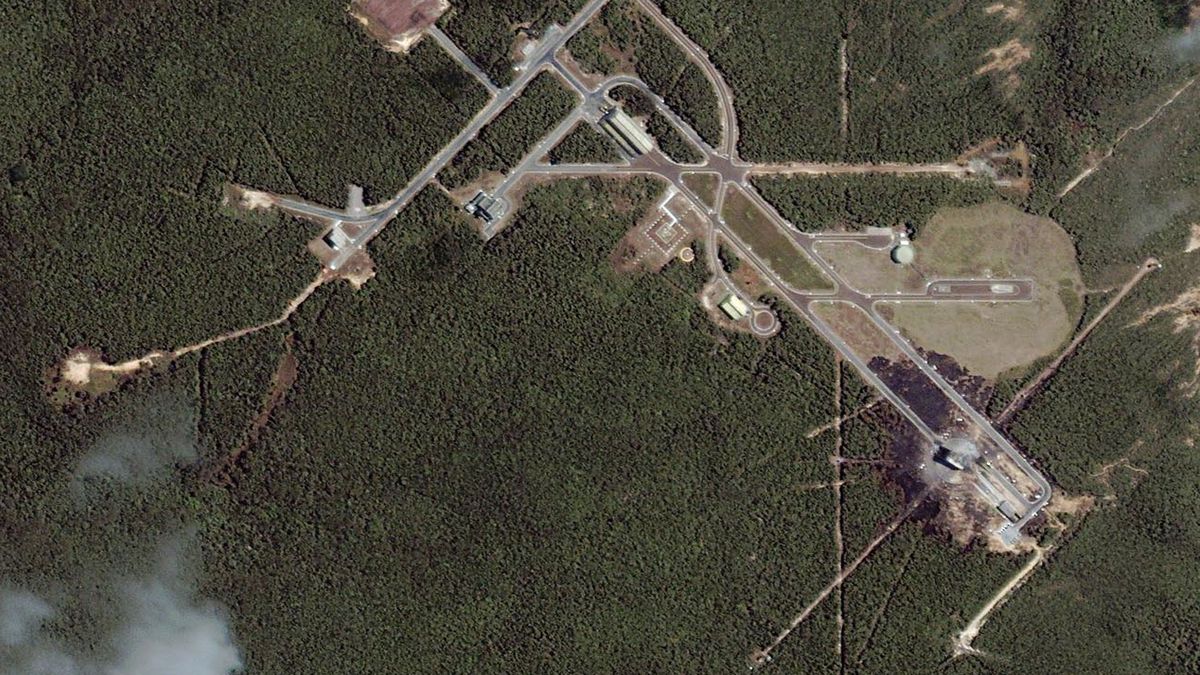 On Tuesday, the Trump administration signed a preliminary agreement with Brazil that could one day lead to US rockets launching from the South American country’s coastal spaceport. President Trump praised the idea of using the site, arguing that “because of the location, tremendous amounts of money would be saved.” But while the launch site offers up a few key benefits to US launch providers, it’s possible that these advantages may not be enough to draw all major rocket companies to the area.

The biggest asset of Brazil’s spaceport is its proximity to the equator. The site, known as the Alcântara Launch Center, is located at a latitude of just 2.3 degrees south. For anyone launching a rocket, that’s a juicy spot. There aren’t many options on Earth for launching that close to the equator, and the site would make it much easier for satellite operators to send payloads into an equatorial orbit. Additionally, rockets at the equator get an extra boost in speed, thanks to the Earth’s rotation, which helps rockets save on fuel.

However, the logistics of setting up a new launch site in Brazil could be an issue for some. The larger US rocket companies, such as SpaceX, the United Launch Alliance, and Blue Origin, already have multiple options for launching out of the US that are relatively close to the equator. A new site would need a lot of upfront investment in order to create the ground infrastructure in Brazil to support each company’s unique rocket design. It’s a lot of money and work for a small amount of benefit in flights. Plus shipping overseas to Brazil can add an extra layer of time and money that wouldn’t be an issue when launching from the US.

There are some launch providers on the smaller end of the rocket scale that see big opportunities in Brazil. Companies like startup Vector, which are focused solely on launching small satellites, have openly advocated for the chance to launch out of Alcântara. It would allow them to launch missions that they simply cannot do in the United States because of their smaller size. Since the company’s hardware isn’t as big as that of a Falcon 9 or an Atlas V rocket, very little investment is needed to make the launchpad infrastructure. “I think it’s really going to be the domain of the future small rockets that go there,” Jim Cantrell, CEO and co-founder of Vector, tells The Verge.

Rockets launching again from Alcântara would reinvigorate what was once a major national resource for Brazil. Numerous sounding rockets took flight from the area throughout the 1990s. But in 2003, a rocket intended for orbit exploded on the site’s launchpad during some ground tests, killing 21 people nearby and leveling the pad’s launch tower. The accident halted Brazil’s efforts to launch two planned satellites, and the country’s space efforts have had difficulty recovering.

Since then, Brazil has been looking for international partnerships to bring other countries’ vehicles to Alcântara. The country even courted the Bush administration back in 2000 to bring commercial launches to the site, but those efforts were met with opposition from Brazilian lawmakers. Now, Brazil is trying again. In 2018, the government invited two major US players in aerospace, Boeing and Lockheed Martin, to visit Alcântara, according to a report in Reuters. The goal is to offer up a cheaper location than the nearby Guiana Space Centre in South America’s French Guiana where all of Europe’s rockets take flight.

Alcântara boasts a few impressive geographic benefits that are needed for a spaceport. It’s on the coast of Brazil, with the Atlantic Ocean to the east. That’s key for a launch site, as many rockets launch eastward to match the direction of Earth’s orbit. Launching over a large body of water is important for safety, as it reduces the risk of a falling rocket part hitting someone on the ground or damaging someone’s property. It’s the reason why US launches occur in coastal areas, such as Cape Canaveral, Florida, or the Vandenberg Air Force Base in California.

BRAZIL HAS A SLIGHT ADVANTAGE OVER CAPE CANAVERAL

Brazil has a slight advantage over Cape Canaveral, which is located at around 28.5 degrees north. Being near the equator is great for sending satellites into a type of orbit known as a geostationary orbit. This is a path 22,000 miles above the Earth’s equator where satellites are traveling at the same speed as the Earth’s rotation. The result is that satellites basically hover over the same patch of Earth at all times. It’s a perfect spot to deposit a communications satellite or a surveillance probe that needs to look at the same region of the planet at all times.

Getting to geostationary orbit from Florida takes a little extra work, though. Rockets must deposit a satellite on a path that’s slightly askew from the equator (at a 28.5-degree tilt), and the satellites then need to change their direction in orbit by burning an onboard engine. That requires fuel, which takes up space on a satellite and influences the vehicle’s design. At a spot like Alcântara or the Guiana Space Center, such a plane change would be minuscule, requiring less fuel.

Additionally, the Earth is actually moving faster at the equator than other points on the planet, which is good news for rockets. The Earth’s equator is its widest section, so it has a long way to travel each time the planet makes a full 24-hour rotation. One spot on the equator has to go a much greater distance than a spot near the poles, for instance. So a rocket launching on the equator gets an extra speed boost, making it easier for the vehicle to reach the extra high velocities needed to achieve orbit. The rocket doesn’t need as much fuel, making launches more efficient and potentially allowing companies to pack in more cargo on a flight.

“You can use a less powerful rocket to launch the same satellite, or you can launch a bigger satellite using the same launch vehicle,” Lakshmi Kantha, a professor of aerospace engineering at the University of Colorado Boulder, tells The Verge.

WHO ACTUALLY WANTS TO LAUNCH FROM BRAZIL?

Are all of these benefits enough to lure major US companies to Brazil? It’s not an enormous inconvenience to ship rockets over water. In fact, Arianespace ships its rockets by boat from Europe and Russia to French Guiana. The ULA also ships parts of its Delta IV Heavy by boat, and NASA used to ship the Space Shuttle’s external tank from New Orleans to Florida. “Large ships are used to accommodate oversized hardware,” Dennis Jenkins, an aerospace engineer at the California Science Center who used to work on the Space Shuttle, tells The Verge. “Most large rockets throughout history have been shipped at least partially by sea.”

However, moving by boat is time-consuming and somewhat costly, especially when traveling to Brazil via the Panama Canal. “That, of course, is one of the problems with ships — they’re very slow,” says Jenkins. Having a launch site closer to where a rocket is built does make things more efficient. Recently, SpaceX CEO Elon Musk noted that the company’s next-generation rocket, the Starship, would be built in Texas and Florida, next door to two of SpaceX’s launch sites. Plus, locations like Texas and Florida are still quite far south, so the performance benefit of moving even farther south isn’t going to be as consequential for US companies, as it would be for Russia or European nations.

Then there’s the cost of outfitting Alcântara to meet a launch provider’s needs. For larger rockets, companies will have to add concrete pads, towers, and fuel storage tanks to the surrounding area to support flights of their vehicles. Creating all of that in the Brazilian jungle, where there is minimal infrastructure in place already, will require a lot of work and investment. Plus, all of this would be in service to booking more missions to geostationary orbit, which is a type of flight that has seen a recent downturn in the market.

SpaceX already told Reuters that it was not interested in building at Alcântara and declined to comment to The Verge. Boeing and Lockheed Martin, which oversee the United Launch Alliance, confirmed they had looked at the site but haven’t made any major plans to invest there yet. “While we have made no concrete plans at this time, the potential for a new launch site is an encouraging development given the global interest in fast and efficient launch opportunities,” a representative for Lockheed Martin said in a statement to The Verge. Boeing declined to comment.

Ultimately, Alcântara may be a better investment for rocket companies that don’t look like SpaceX or ULA, ones that are chasing another market entirely. Companies like Vector are only capable of launching smaller satellites to low Earth orbit, and these types of probes are incapable of changing their directions significantly in space. So if a small satellite operator wants to go into a lower orbit over the equator, they basically have to launch at the equator. “Virtually nobody is launching any rockets to low Earth orbit equatorial orbits,” says Cantrell. “Virtually nobody.” Vector hopes to be one of the first companies to offer that option, claiming that around 10 customers have asked for it.

“ALL WE REALLY NEED THERE IS A CONCRETE PAD.”

An extra boost in speed for a small launcher like Vector means much more than for SpaceX or the ULA. It could be the difference between launching 200 pounds and 300 pounds, opening up the company to different types of missions. Plus, the infrastructure and transportation costs for Vector’s smaller rockets are less of an inconvenience. “All we really need there is a concrete pad like we built already in Alaska, and we need permission to launch,” Cantrell says, adding that the company’s rocket can fit inside of an airplane.

Alcântara is nowhere close to being open for the US rocket business yet. The US signed what is known as a technology safeguards agreement with the company, which is the same kind of agreement Bush signed back in 2000. The deal needs to be approved by the Brazilian Congress, and if that happens, there are still a lot of regulatory hurdles to go through. But if it is allowed someday, the site seems much more suited for smaller rockets than bigger ones.