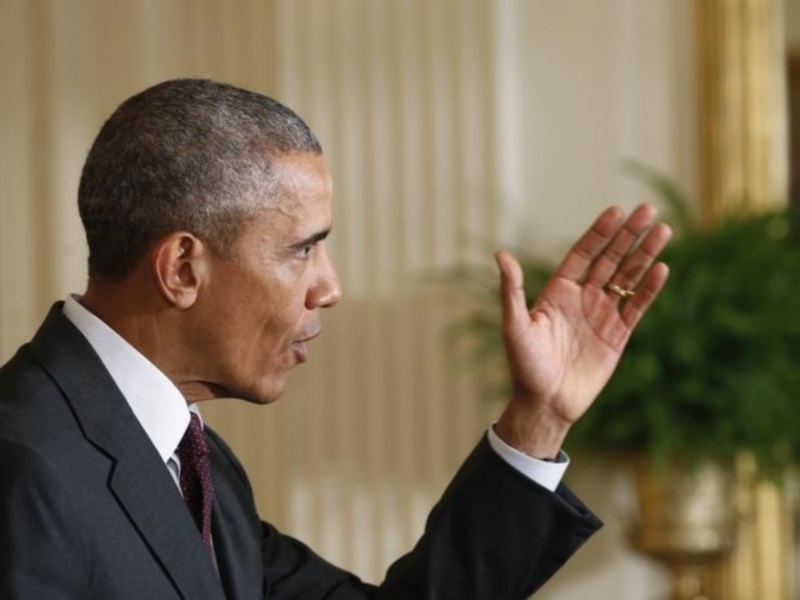 Have you ever wished getting in touch with the president was as easy as IMing your friends?

Well, you can now send President Obama private messages through the White House’s Facebook page. The Facebook messages will be among those considered for the 10 personal letters the president reads each day. (Although, disappointingly, because the White House is on Facebook as a page, not a person you can friend, there doesn’t seem to be a way to “poke” POTUS on the social network to get his attention.)

White House chief digital officer Jason Goldman pitched the new Facebook messaging feature this week as a way for the administration to “meet people where they are” online.

The new feature relies on a chatbot that simulates a conversation but doesn’t directly respond to questions. Instead, it guides users through sending feedback to the administration.

But the actual process of using the White House chatbot feels more labor intensive than another digital messaging option available to citizens since 1994: email.

Sending an email to the White House is pretty straightforward: There is a basic contact form you fill out and then submit.

The chatbot is more complicated.

Once this reporter opened the messenger window to ask a simple question – “Are there any plans to allow people to ‘poke’ the White House on Facebook?” – I first had to click the “Let’s Go!” button after waiting for the chatbot to say hello.

The runaround took about 10 minutes – significantly longer than if I’d just submitted the same question through the White House’s email form. But at least the White House Facebook bot did end our exchange with a smiley face emoji.

The chatbot fits into a larger digital legacy that Obama will be leaving behind when he departs the Oval Office next January. In 2008, his presidential campaign leveraged social media for organizing and fundraising. And the administration has made a clear effort to stay engaged with the public through Facebook, Twitter, Reddit, Medium and even Snapchat.