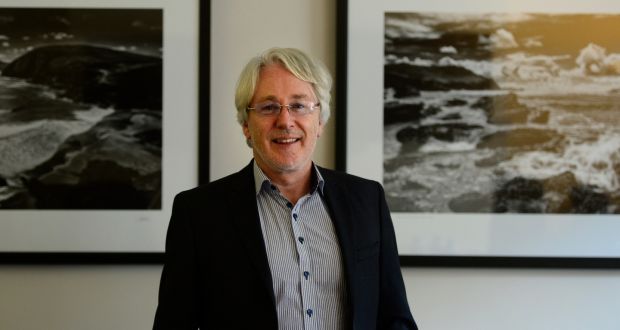 Brian Long, Atlantic Bridge: “The Atlantic Bridge model was to take companies in Ireland and Europe, incubate them here and then get them into the big market in the US.” Photograph: Cyril Byrne

On Kildare Street in Dublin, Brian Boru meets Brian Long, so to speak.

Directly opposite the National Museum of Ireland, where an exhibition tells the story of the Battle of Clontarf in 1014, is the head office of Atlantic Bridge, a specialist technology investor that aims to help Irish tech companies conquer international markets.

Founded by Long, a successful technology entrepreneur who was born and raised in Dublin but lives now in Palo Alto, California, Atlantic Bridge has just launched its third fund, with €140 million raised from various investors.

That’s twice the size of fund number two, which was launched four years ago. Long expects the same figure again to be raised in follow-on funding for the 20 Irish and European companies who will benefit from its support.

Atlantic Bridge III’s backers include AIB, Enterprise Ireland and the Ireland Strategic Investment Fund with Long putting some of his own money into the fund, too.

Seven investments are already close to being in the bag with the focus on growing companies in high-growth enterprise technology sectors such as cloud, big data, augmented and virtual reality software, robotics and the Internet of Things.

Essentially, Long sees the fund as being a “bridge” between Europe (mostly Ireland) and Silicon Valley, a global hub for hi-tech companies and start-ups.

“The Atlantic Bridge model was to take companies in Ireland and Europe, incubate them here and then get them into the big market in the US,” Long explains from its head office at 31 Kildare Street.

“The bridge idea was to build something here and scale it in the US. That was the strategy and it’s worked well. Fund two is doing 50 per cent IRRs [internal rate of return] at the moment, which means it’s not a bad place to put your money.”

Long said investments in the new fund are typically between €15 million and 420 million per party.

Atlantic Bridge is one of the largest technology funds in Europe, with offices in Dublin, London, Silicon Valley, Beijing and Hong Kong.

To date, it has led investment of more than €100 million in Irish companies and this latest fund brings its assets under management to€400 million.

It currently has more than 20 companies in its funds’ portfolio and has achieved 12 realisations with proceeds totalling €1.7 billion.

Fund number two initially totalled €75 million. “We’ve had four exits to date in that fund,” Long said. “We’ve returned 70 per cent of the cash to the investors and we’ve got some great companies in there.”

Movidius is one of those businesses. Based in Dublin, it describes itself as a world leader in providing artificial vision intelligence for connected devices such as smartphones, drones and new Internet of Things product categories.

Movidius raised $40 million in new funding a year ago, in a round led by Summit Bridge Capital, a collaboration between Atlantic Bridge and its Chinese partner WestSummit Capital.

Last September it opened an office in Shanghai while in January, the company announced a partnership with Google.

Long is a board member and believes this business could yet provide the biggest financial return to Atlantic Bridge and its investors.

“The company is going very nicely. It was originally developing technology for 3D TV and almost went out of business,” he recalls. “We led the first investment into it two years ago, restructured it, built an organisation in the United States and it’s phenomenal now.”

Atlantic Bridge has a good track record with its investments, with Long estimating that “90 per cent work out”.

It has 12 investments left in fund two, with four exits completed generating returns of between 300 and 500 per cent and IRRs of 100 per cent-plus.

Long said Mataio, which was sold in May 2015, achieved a five-times return for Atlantic Bridge.

Maginatics, a storage company in the US, was sold to EMC in late 2014 for a four-times return.

Further back, GloNav, which develops GPS technology, was sold to NXP for a three-times return.

In addition to raising its own money, Atlantic Bridge also brings in co-investors and has partnered with heavy hitters such as Intel and EMC.

He cites Movidius, Swerv and Blue Data where the fund is “poised to have big exits . . . in a year or two”.

The return to date from fund number two? “It’s probably 2.3 times at the moment. That’s before we get exits. We believe it will be well north of that.”

Another company he likes is Gridstore, a California-based company providing next generation data storage for disks, as a good example of an Atlantic Bridge investment.

“It’s an Irish R&D company and expanded into the US market. We’ll be scaling up the R&D here and in the US over the next couple of quarters. It’s a company that’s growing very rapidly, well over 100 per cent growth year-on-year.

“That company was founded here but it’s now a very much Irish-US company. It raised $19 million, led by Atlantic Bridge.”

A thousand years ago, Brian Boru’s ambition was to be king of Ireland.Today, Long wants his companies to conquer global markets.

“We’re focused on growing global companies,” he said. “On scaling companies out of Ireland and either making them public companies or international companies looking to expand into China, the US or European markets.

“Ultimately, they get sold to US multinationals for a profit, or go public on the Nasdaq. We’re looking for people with big ambitions to go global.”