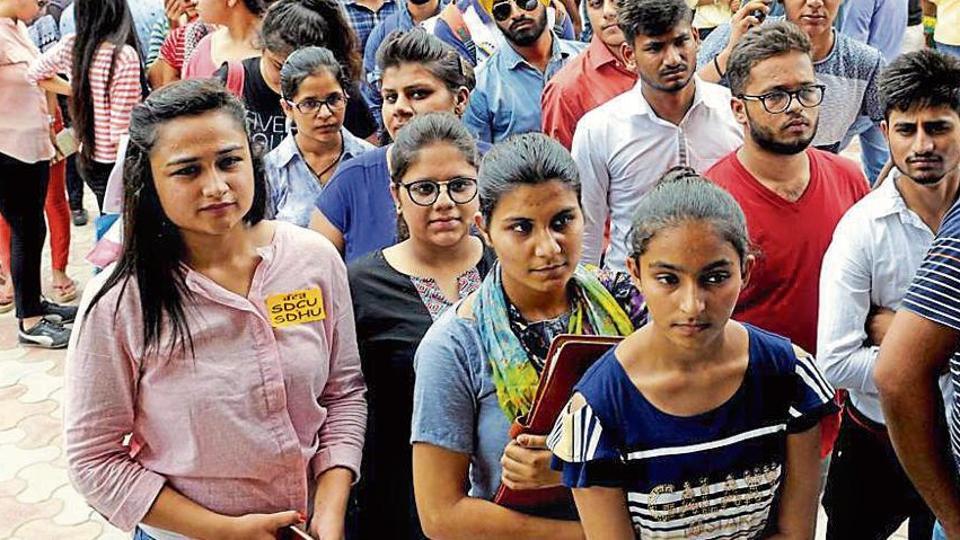 In what could be a good news for the college applicants of 2018-19 academic session, starting July 2018, there will be no counselling for any of the courses, this year.

Unlike last year, when applicants of all the streams, be it sciences, arts or commerce had to be present for the counselling to deposit their documents, this year, the entire admission process, starting from buying a prospectus, has been made online.

Rakesh Kumar Popli, director higher education, said, “We will release the college admission schedule in a day or two but this year, students will not have to physically come for the counselling.”

He added, “We have taken help of software, created by Society for Promotion of IT in Chandigarh (SPIC) for the convenience of the students and parents.”

‘Students can submit forms by mid-June’

Meanwhile, Anita Kaushal, principal of Post Graduate Government College for Girls, Sector 11, who is the chairperson of the college admission committee, said, “The admission process will begin from July 9 and prospectuses will be made available from the first week of June and students can submit their forms online by mid June.”

She added, “We have included sciences comprising BSc and all other subjects under BSc, computer sciences, masters programme in computers, commerce and then arts will also be online from the new session. The admission dates will be shared in two days.”

Kaushal also stated that the word ‘counselling’ will remain there in the prospectus and it will mean the day, when students will come to pay their fee. Rest everything will be handled online,” she added.

At present GGDSD College, Sector 32, has a facility of online admission, where a student does not have to visit the campus with documents on the day of admission. At SD college, the fee deposition process is also online.

The UT higher education department had drafted a plan to introduce online admissions in city’s 11 colleges.

In 2017, Panjab University, had also started their online admissions but faced difficulties in implementing it. Despite introducing cloud-based online system, the university had to ask students to submit hard copies of forms and the documents. The system was criticised by the student bodies, stating that there was no point of introducing an online system when students are asked to handover the hard copies of their application forms and documents.