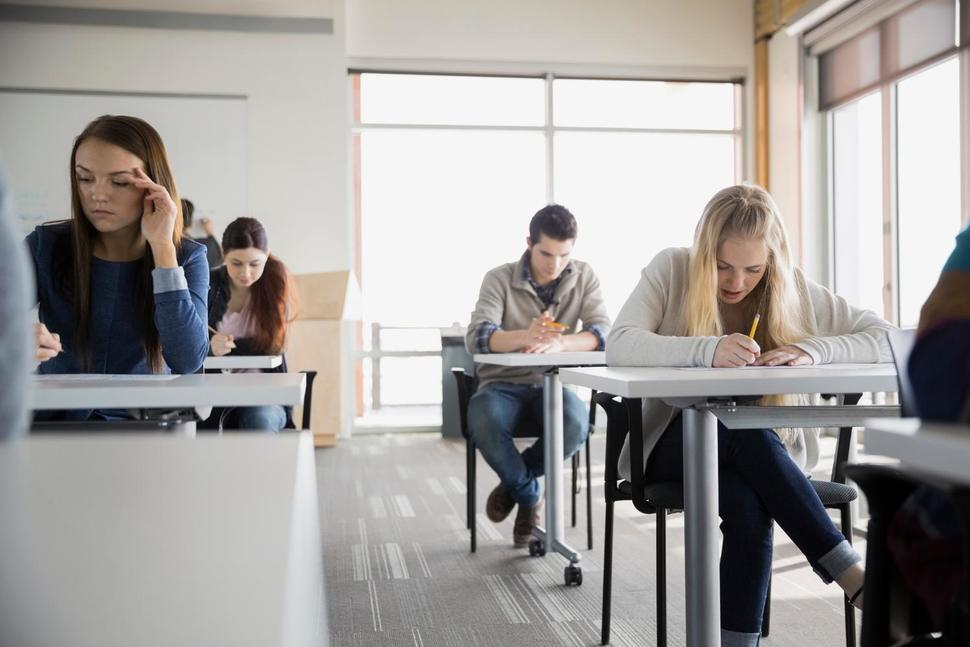 U.S. Spends Less as Other Nations Invest More in Education

Bucking that trend is the United States.

U.S. spending on elementary and high school education declined 3 percent from 2010 to 2014 even as its economy prospered and its student population grew slightly by 1 percent, boiling down to a 4 percent decrease in spending per student. That’s according to the Organization for Economic Cooperation and Development’s annual report of education indicators, released last week.

Over this same 2010 to 2014 period, education spending, on average, rose 5 percent per student across the 35 countries in the OECD. In some countries it rose at a much higher rate. For example, between 2008 and 2014, education spending rose 76 percent in Turkey, 36 percent in Israel, 32 percent in the United Kingdom and 27 percent in Portugal. For some countries, it’s been a difficult financial sacrifice as their economies stalled after the 2008 financial crisis. To boost education budgets, other areas were slashed. Meanwhile, U.S. local, state and federal governments chose to cut funding for the schoolhouse.

“Overall (U.S.) education spending has been cut quite severely in the last few years,” said Andreas Schleicher, who heads the OECD directorate that issued the report. “That clearly puts constraints on the environment you have for learning.”

How lower spending constrains learning is subtle. Schleicher has pointed out for years that there isn’t a clear relationship between money spent and student outcomes. Some countries that spend far less than the United States on education consistently outshine this country on international tests.
And even with the decline in spending, the United States still spends more per student than most countries. The United States spent $11,319 per elementary school student in 2014, compared with the OECD average of $8,733, and $12,995 educating each high school student, compared with an average of $10,106 per student across the OECD.

The way that high-performing countries achieve more with less money is by spending it differently than the United States does. For example, larger class sizes are common in Asia, with more resources instead spent on improving teaching quality. During the period of U.S. budget cuts to education, there weren’t major changes to how the money was allocated.

“If you simply cut spending with your existing spending choices, you will end with less for less,” said Schleicher, citing school districts in Oklahoma that cut the number of school days to four from five each week.

One big way that the U.S. education system differs from others is in asking teachers to carry a heavy teaching load. U.S. teachers teach close to 1,000 hours a year, compared with 600 hours in Japan and 550 hours in Korea. In these countries, teachers might specialize in one course, such as Algebra I, and teach it only a few periods a day. The rest of their work week is spent on other activities, such as preparing lessons or giving feedback to students.

“In the U.S., teachers have less time for professional development, teacher collaboration, lesson preparation, working with students individually,” said Schleicher. “In other countries, teachers have a lot of time to watch each other’s lessons, design lessons and evaluate lessons.”

By contrast, the U.S. system spends a lot of resources on keeping class sizes relatively small, and hiring more teachers for them.

The OECD’s data echoes what the National Center for Education Statistics in Washington, D.C., has been tracking. It found that education spending for elementary and high school students had fallen for several years in a row from 2009 to 2013, due to a combination of federal, state and local budget cuts. Spending rose a smidgen during

the 2013-14 school year, the most recent year for which data is available, but, after adjusting for inflation, it is still well below the 2009 peak.

Last week’s U.S. Census report showed that middle class incomes are rising. One could argue that the economy is flourishing just fine with less spending on schools. But education is an 18-year, long-term investment, from pre-K through college. It could be that we won’t see our economic prospects smashed from this divestment for many years down the road.

This column was written by Jill Barshay and produced by The Hechinger Report, a nonprofit, independent news organization focused on inequality and innovation in education.