Twitter Wants You to Use Snapchat-Like Stickers as Visual Hashtags Twitter will have stickers soon, just like Snapchat, so that you can add cute little symbolic expressions of your feelings to your photos. The stickers will be searchable, like a “visual spin on the hashtag,” Twitterexplained in its announcement. 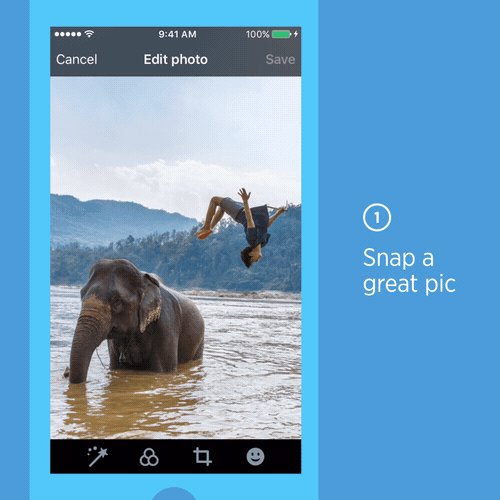 Coming soon! Unleash your creativity by adding fun #Stickers to your photos on Twitter: https://blog.twitter.com/2016/introducing-stickers-on-twitter …

Although it appears that the stickers will only be usable on mobile when they roll out over the coming weeks, anyone – even the weirdos among us who primarily use twitter.com to read Twitter – will be able to click on a sticker in a photo to pull up a feed of how it’s being used across the network. Users can add an unlimited amount of stickers to each photo, each uniquely searchable.

Twitter will rotate the available stickers regularly, although it doesn’t say how often. The library, the company said, will contain “hundreds” of choices at any given time.

We’ll have to wait and see exactly what Twitter rolls out once the new feature is live, but it’s worth noting that the company says stickers will also include ways for users to “show support for a cause.” This is something that will sound familiar to those who have seen the little, Twitter-specific emojis that Twitter regularly attaches to hashtags like #LoveisLove, #BB8, and #ivoted – cool little Easter eggs that have the effect of encouraging like-minded users to actually use those hashtags. 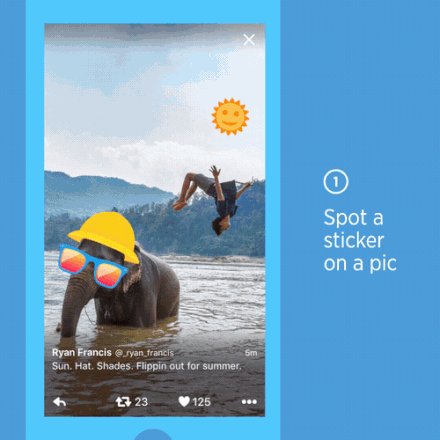 Connect your photos to the world with a visual spin on hashtags: tap #Stickers to peel back a fun new way to search.

Although the emoji-carrying hashtags cover a wide variety of issues, it seems fair to say that they tend to pop up on conversations with which Twitter would like to be associated. Like those emoji Easter eggs, Twitter’s stickers will be chosen and controlled by the company.

Also up in the air: how closely the stickers will act like hashtags across the site. The announcement has no specific information on whether third parties will be able to buy promoted stickers, or whether stickers will be able to trend alongside hashtags. Although the company declined to comment, it seems like it would be natural for stickers that are searchable like a hashtag to also trend alongside them.

Paired with Twitter’s recent announcement that media attachments (like photos and gifs) would no longer count towards a tweet’s 140-character limit, it also seems that the new stickers will be another way to squeeze more information into a tweet. As TheNextWeb points out, Twitter users wanting to share support for #pride could simply add a Twitter-provided sticker to a photo, using up zero of that tweet’s characters.