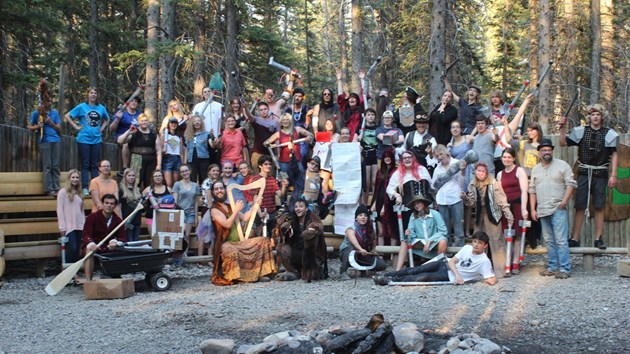 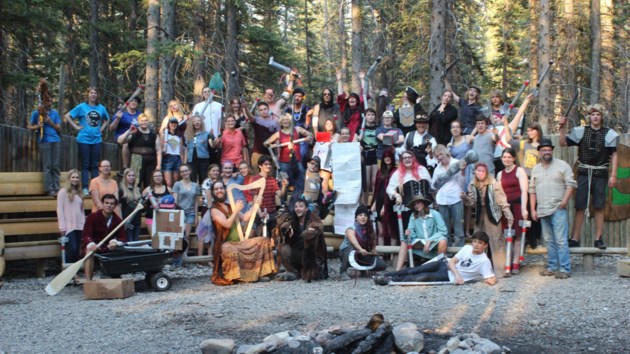 WordsWorth – which runs through July and August – is a summer camp held by the Alberta Writer’s Guild to promote creativity in youth by hosting classes and activities to help them learn about writing and various creative arts. Photo Submitted/For Rocky View Publishing

Summer break can seem long and drawn out for many teens and their parents as they search for something to do – but, according to Colin Matty, WordsWorth director, teens attending the Alberta Writers Guild camp are exposed to a week full of creativity and magic in a safe and relaxed environment.

“It’s like a real Hogwarts where you show up and, all of a sudden, the world is magical and creation is going on all around you,” he said.

First year attendees of WordsWorth – held at Kamp Kiwanis, located near Bragg Creek – have to put in some work before they are accepted into the camp; a letter stating why they want to attend and a writing sample are required. Matty said this is to ensure the kids are “really interested in creating, and that they have a lot of imagination and like to express that.”

“A lot of our campers will come back year after year, because this summer camp is their magical space,” he said.

The camp includes creative arts classes focused on writing, drawing, acting and more, according to Matty, who added the camp is designed to allow teens to try new things in a safe and judgment-free environment.

“[They have] this recognition of having found themselves in a space where they’re surrounded by like-minded individuals,” he said, “where they are encouraged to express themselves and to take challenges and risks.”

Campers choose from a variety of classes taught by professional instructors. Available options include movement, dance, poetry writing, performance radio and fiction writing – none of which are explored in the usual classroom-learning style.

“There’s a lot of cool things that do come out of the classes, and part of the joy of the camp is that we’re in the woods. We’re not confined to classrooms where everybody’s sitting facing the same direction looking at the whiteboard,” Matty said. “In fact, I don’t think we’ve ever had a class quite like that. Most of them are very dynamic.”

He added there are a number of other activities outside of the creative projects and classes. The camp has a pool and campers are welcome to relax by the riverside, play music or journal. There will also be role-playing in the woods, encouraging campers to expand their creativity, Matty said. In the evenings, he said, the camp often hosts campfire songs and story telling before campers head to bed.

Matty has been with WordsWorth since 2010 and said the camp is a great way to foster creativity in youth.

“The Writer’s Guild has always had a bit of an interest in trying to provide opportunities for the youth in terms of programming and experiences that can enrich them as writers,” he said.