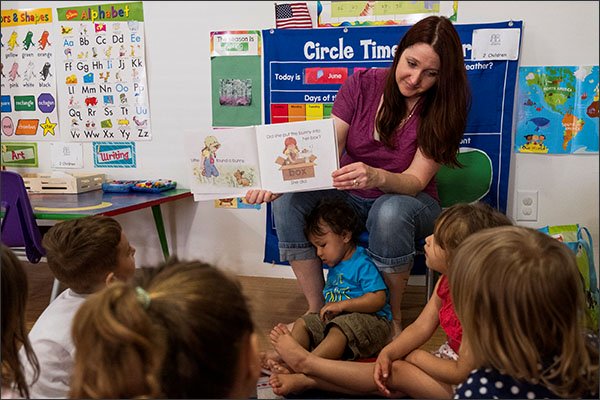 When lawmakers meet next week, Gov. Steve Bullock will again be advocating for public early childhood education. Only this time his proposal has been pared back by some two-thirds, from the $37 million he sought in the last Legislature to just $12 million for pre-kindergarten education in the budget he is sending to lawmakers this year.

This is a no-brainer. Early childhood education has been shown to pay off with higher student performance in later years, fewer high school dropouts, fewer teen pregnancies and lower rates of drug and alcohol abuse.

Meanwhile, some Republicans, who hold majorities in both the House and the Senate, already have their eye on that $12 million for use as matching money to get more than $100 million in highway money.

That is a patently false choice. Indeed, we sorely need to invest in our roads and bridges. But that need not come at the expense of our children’s future educational success. Lawmakers are showing the same kind of myopic vision that failed us in the last session. Montana is in better shape financially than just about any state in the union. It will not be difficult for well-intended legislators with the best interests of the state at heart to find sufficient funds to pay for both bridge and highway improvements and the modest early childhood education program the governor is proposing.

This is more than just giving our kids a leg up in school. It’s an investment. Studies have shown that every dollar spent on early childhood education returns between $7 and $9 through increased economic activity and savings on spending on welfare and criminal justice.

Montana is dead last among states on early childhood education spending and one of only five states that do not offer a public pre-K program. And if passed by lawmakers, the $12 million will fund a program that is entirely voluntary. School districts need not participate, and parents will be free to opt out as well.

If your lawmaker does not support this common-sense addition to our state education program, demand to know why. There simply is no reason to say no to early childhood education.

To send feedback on editorials, either leave a comment on the page below or write to [email protected]