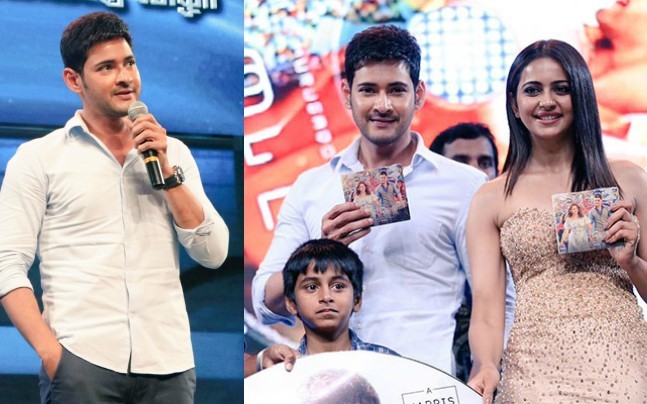 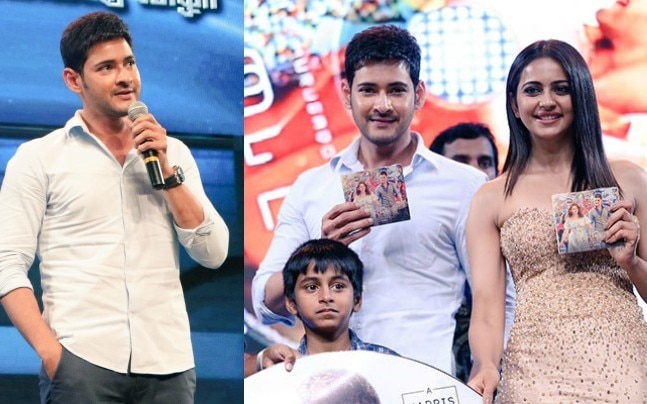 After much delay, superstar Mahesh Babu is gearing up for the release of the spy-thriller Spyder. On Saturday, the makers hosted a grand audio launch in Chennai, where several eminent personalities from the industry graced the event. Mahesh Babu was received by hordes of fans, who were constantly chanting “Star…Star…Superstar”.

Mahesh began his speech in Tamil, which was received with thunderous hooting and cheering by the audience. He thanked filmmaker AR Murugadoss, producer Madhu and his co-stars Rakul Preet Singh and SJ Suryah for Spyder.

When asked about his favourite dialogue from Ilayathalapathy Vijay’s films, Mahesh said, “I liked ‘I’m waiting’ from Thuppakki.” The Nenokkadine star also revealed that he really wished he had starred in Thuppaki.

And signed off thanking fans in Hyderabad for their unconditional love and support. AR Murugadoss said that the much-awaited Spyder trailer will be out on September 15.

It must be noted that Vijay has remade several Mahesh Babu’s films in Tamil. Earlier to this, Mahesh Babu once told that he planned to work with Vijay in a Telugu-Tamil bilingual. The highlight of the event was Mahesh’s eloquent Tamil. Interesting trivia is that Mahesh grew up in Chennai before becoming a superstar in Andhra Pradesh.

Directed by AR Murugadoss, Spyder will see Mahesh Babu as a stylish police officer, while SJ Suryah will play the prime antagonist. Ever since its inception, fans have been madly waiting for the film as it marks Mahesh’s first film with Murugadoss.

Made on a lavish budget of Rs 120 crore, Spyder is expected to have a massive opening in Andhra Pradesh and Telangana. The film has already raked in Rs 150 crore through its satellite and distribution rights.

Spyder will hit the screens on September 27 worldwide.