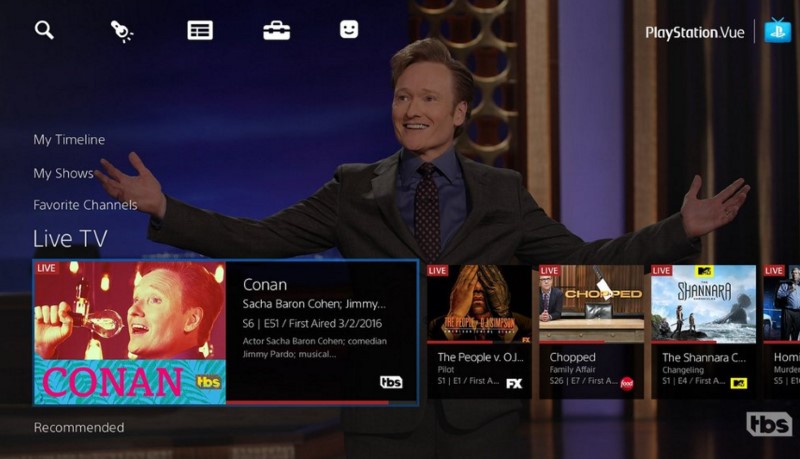 Sony said Monday its Internet-based television service aimed at luring consumers away from cable subscriptions was being expanded to the entire US market.

The PlayStation Vue will offer streamlined “bundles” for as little as $30 a month without long-term contracts.

The network launched in a handful of US cities a year ago, will have content from three of the four major broadcast networks – ABC, NBC and Fox – as “on demand” content available 24 hours after the live broadcasts.

Content from the fourth network, CBS, “will be added to select TV markets at a later date,” said a statement from Sony Network Entertainment International LLC, the unit of the Japanese electronics and entertainment giant.

The new offerings will include live feeds from major channels such as AMC, Disney and the sports channel ESPN.

Sony said it is working to add live broadcasts from major networks.

Viewers will be able to save and replay programs via a “cloud DVR,” or digital video recorder and stream simultaneously to multiple devices.

This makes Vue “the first pay-TV service to be available nationwide that offers more than 100 top live sports, movie and TV channels, with unique features such as simultaneous streaming and an unmatched cloud DVR,” the statement said.

“Since launching a year ago, our priority with PlayStation Vue has been to secure the best TV content for our audience and make it available to consumers nationwide; today, we’re delivering on that promise,” said Eric Lempel, senior vice president of PlayStation Network Americas.

“PlayStation Vue has been an ambitious project from the start, and national expansion demonstrates our ability to innovate in an industry that’s overdue for a reinvented experience.”

He boasted the service would provide “a better way to watch TV.”

The new service comes as a number of market players are moving into streaming to counter the rise of services like Netflix and Amazon.

Telecom giants Verizon and AT&T are among those in the process of launching streaming packages, while CBS and HBO are offering their own subscriptions to viewers without a cable or satellite plan.