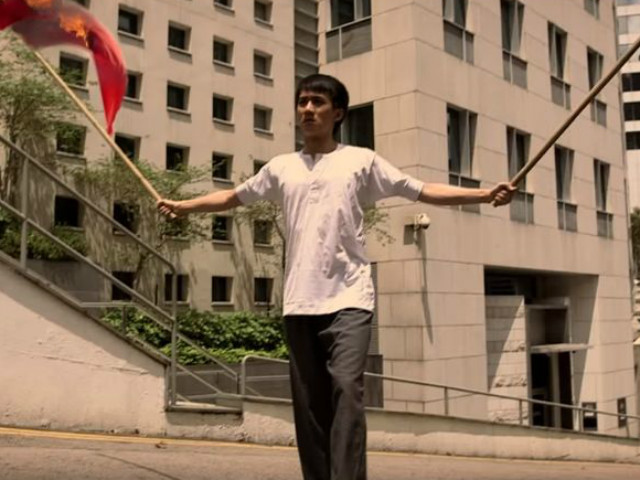 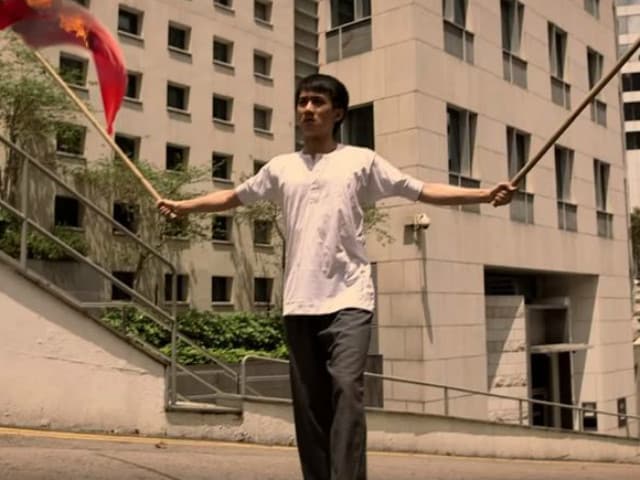 Shoot the film you’ve always wanted on a shoestring budget or sell out and make a blockbuster? It is a dilemma Hong Kong directors frequently face as mainland China’s lucrative movie industry beckons.

Now, with concerns growing about Beijing’s increasing influence on Hong Kong, some filmmakers are defying commercial and political pressures to produce home-grown movies with a local voice, and inject new life into the city’s cinema scene.

Hong Kong once pumped out at least 200 films a year, from Bruce Lee’s 1973 Enter the Dragon to Wong Kar-wai’s In the Mood for Love in 2000, via countless cop and gangster thrillers.

But in the past decade the local industry has slumped and just dozens of films are now produced in Hong Kong annually.

One major factor is the booming Chinese movie sector, offering both experienced directors and recent graduates more money and opportunities.

Yet for some the pendulum now seems to be swinging back, as the desire for freedom of expression outweighs mainland mega-bucks.

“With new films, everyone asks: ‘Could it be released in China? Can you cooperate with the Chinese side?’ That’s how (investors) earn back their money,” said Hong Kong director Derek Chiu, 54, who has a string of local feature films under his belt and has worked on the mainland.

He said that he has struggled to find backers for his forthcoming drama Chung Ying Street, which focuses on riots against British colonial rule before leaping to the present-day protest movement.

Mr Chiu said Hong Kong and mainland bodies have rejected his funding applications. A private backer has also pulled out over concerns his investment could impact his business interests in China, he says.

“Maybe if I do Chung Ying Street I cannot work in China. But I will not give up this one,” Mr Chiu told AFP.

“I need some creative control and freedom, and China cannot provide that,” he added.

Some Hong Kong directors have turned to crowdfunding to raise cash but maintain their independence.

Hong Kong Trilogy: Preschooled, Preoccupied, Preposterous, released last year, is based on interviews with three generations of Hongkongers. One section is dedicated to mass pro-democracy protests that brought parts of the city to a standstill in 2014.

“Here, we have to do the opposite. We have to go smaller budget, we have to be more concerned with the very few freedoms we still have left,” he said.

Mr Doyle said the shift from securing mainland funding to prioritising freedom of expression has happened “very quickly”, and is the biggest recent shift in Hong Kong cinema.

The critical and commercial success of 2015’s locally made 10 Years, a series of shorts painting a grim picture of life in Hong Kong in 2025, is testament to the mood change.

“I think because of the social and political situation in Hong Kong, directors are more concerned with local topics,” said Andrew Choi, one of the film’s co-producers.

But despite the new energy in the Hong Kong industry, some say the city’s cinematic glory will be hard to recapture in the face of an ascendant China and growing global competition.

“When big names were discovered in the 1980s, the market and the world were less crowded,” sayid Nansun Shi, a veteran Hong Kong producer who oversaw the 2002 hit thriller Infernal Affairs and has served on the jury of the Cannes film festival.

She added that many filmmakers will still be drawn to mainland or Chinese co-funded productions for the bigger budgets and greater exposure.

“I think it’s just a natural progression that some more experienced directors have gone to China to work,” she said.

Still, next-generation filmmakers said that keeping a local focus not only symbolises freedom – it is also simply a better way to engage their audience.

“I’d rather work with limited resources on something I know about,” said recent graduate Crosby Yip, 24, between takes on the set of his privately-funded debut rom-com Diary of First Love.

“If I make films about the place I grew up in, I think the feeling will be more solid and realistic,” he added – a sentiment echoed by current film students who spoke with AFP.

“This is why I insist on working with Hong Kong themes,” added Crosby Yip.

(Except for the headline, this story has not been edited by NDTV staff and is published from a syndicated feed.)