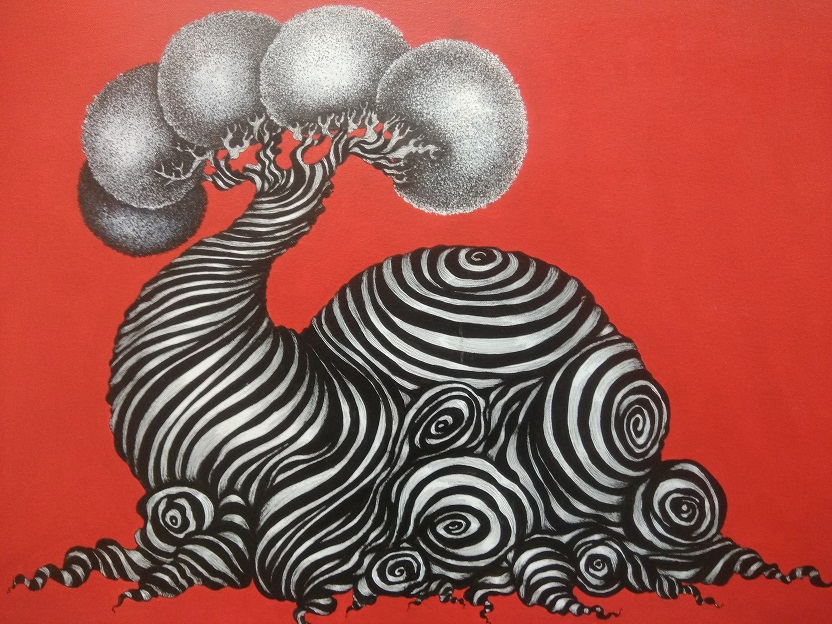 From patterns to personality: how creativity helps you find your own unique voice

As explained in books like The Creative Curve and Creative Confidence, the value of creativity is at a premium in a globalised, digitally connected world, where change and disruption are the new normal. It’s not just the number of ideas you have, but their quality, originality and customer or community value that are important.

Creativity can be cultivated by keenly observing patterns and connections in the world around us, engaging with audiences, and iterating ideas and prototypes. Engaging with the field and getting regular feedback helps build creative confidence and overcome fears about risk and mistakes.

In a chat with YourStory, insights on such creative patterns were shared by Satish Pujari,

Senior 3D Animator, Technicolor. Satish is also an artist, and his works are being showcased at the Karnataka Chitrakala Parishat in Bengaluru. He graduated from Vijay Mahantesh Lalitakala Mahavidyalay in Hubballi, and was also team lead at Tata Elxsi’s Visual Computing Lab.

In this photo essay, we feature some of Satish’s works, along with samples of the other exhibiting artists: Sanjay Chapolkar, Nilanjan Guha, Vidhu Pillai, Ravindra Mahale, Nagabhushan, Satish Biradar, Vittal Kulkarni, H Sheshechala, and Ram Mohan.

Satish has been in the animation field for over 15 years, but has also created a range of unique paintings that feature bonsai trees. As shown in this photo essay, some of the bonsai trees also seem to have elements of animals, birds and human characters – such as eagles, peacocks, snails, and even a pregnant woman.

“Making a connection between patterns and finishing a work of art is itself an act of success,” Satish explains. He also sees success for himself as an artist in making a deep connect with audiences.

His art works are priced in the range Rs 10,000 to Rs 15,000. “If someone shows an obvious liking to my painting but says he is unable to pay the full price, I don’t mind giving a discount. What matters is seeing that the art work gives him happiness,” Satish says, though he jokes that other artists may not see things his way.

The message he wishes to convey through his art is respect for nature, both plant and animal life – hence the duality of both forms in his works. “Imagine if all Indian citizens had to plant a tree in order to get an Aadhar card, and if the government then gave you benefits for planting the tree – how green India would be,” Satish explains philosophically.

He also offers advice for aspiring artists. “Observe the style of other artists, but don’t imitate them. Learn from them but don’t copy them – focus instead on developing your own unique style, based on your technique and the connections and meaning you see in the world,” he explains.

“Develop your own talent. Don’t constrain your creativity,” Satish signs off.

Now, what have you done today to pause in your busy schedule and see how to build impactful connections with the shifting trends around you?

Got a creative photograph to share? Email us at [email protected]!

See also the YourStory pocketbook ‘Proverbs and Quotes for Entrepreneurs: A World of Inspiration for Startups,’ accessible as apps for Apple and Android devices.