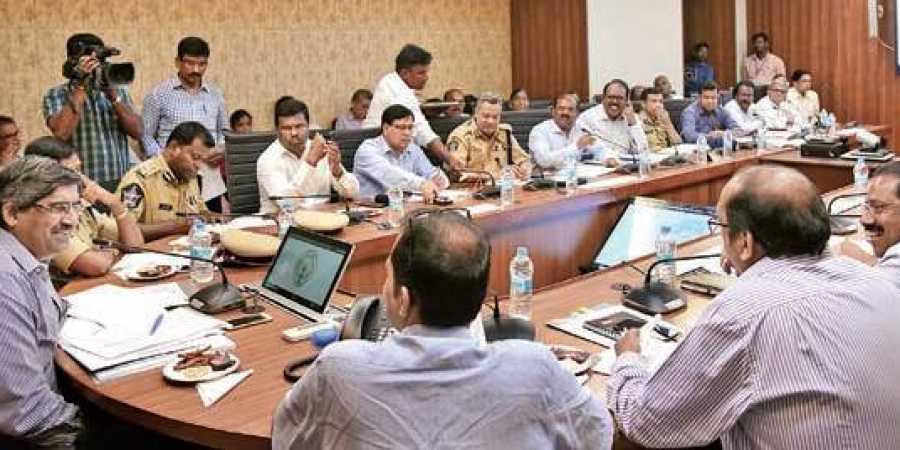 VIJAYAWADA: With the ‘auspicious’ time for Chief Minister-designate YS Jagan Mohan Reddy’s swearing-in ceremony finalised, the State administration got cracking on the venue for the function and zeroed in on Indira Gandhi Municipal Corporation (IGMC) Stadium. Jagan will take oath as the Chief Minister at 12.23 pm on May 30 in front of nearly 35,000 people at the stadium.

Chief Secretary LV Subramanyam on Saturday held a meeting with heads of various departments to ensure foolproof arrangements for the programme. Even though the YSRC had reportedly scouted for land at various other locations including Chinoutupalli, IGMC Stadium was largely favoured. The Chief Secretary directed the officials to make elaborate arrangements in view of the participation of many VIPs. He instructed the officials to erect signages for diverting traffic and arrange parking spaces in and around the venue.

He also told the officials concerned to arrange free bus transportation facility from the parking spaces to the venue. He also told the protocol officials that the list of important people attending the event would be finalised in a day and directed them to make appropriate arrangements.

The Chief Secretary said that air-conditioners/air-coolers and fans should be in place in view of soaring temperatures in Vijayawada. He also stressed the need to distribute drinking water and snacks to the attendees. On the occasion, Secretary (General Administration Department) N Srikant explained that the attendees would be given passes under five categories — Most Important Persons, Very Very Important Persons, Very Important Persons, Media and General. Krishna district collector Md Imtiaz noted that while the stadium can accommodate 35,000 people, about 25,000 would be allowed into it because of the barricading and other arrangements. LED screens would be arranged for 10,000 people in the area behind the galleries of the stadium, he said.

GEAR 169 a 406 ceremony 2 Gear 109 hit 7 huge 2 Jagan’s 1 Make 59 Officials 3 swearing-in 1 to 1217 up 98
Newer Post
How women can take control of their money and be financially independent
Older Post
Facebook’s ‘GlobalCoin’ cryptocurrency to launch in 2020, report claims