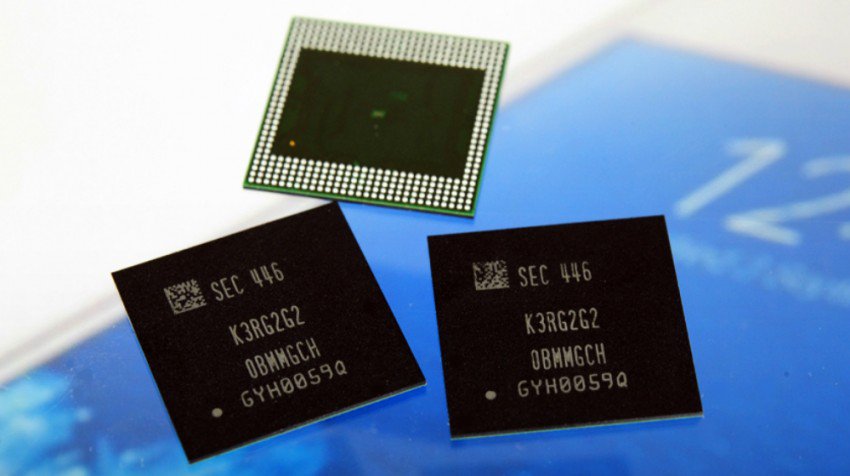 New Samsung Chip Could Make Your Phone Faster Than Your Laptop Samsung is set to make mobile devices bigger, faster, and more brilliant in the very near future. The company announced that it has begun mass production on the very first 8-gigabit LPDDR4 Mobile DRAM mobile memory module.

The new chip marks a new benchmark for mobile devices aimed at being the best. In fact, Samsung’s innovation means the best mobile devices likely will have more memory than a lot of laptops and desktop computers.

The new era of 4GB mobile DRAM will have other obvious impacts on the kinds of mobile devices we’re likely to see in the near future.

“By initiating production of the 20nm 8Gb LPDDR4, which is even faster than the DRAM for PCs and servers and consumes much less energy, we are contributing to the timely launch of UHD, large-screen flagship mobile devices. As this major advancement in mobile memory demonstrates, we will continue to closely collaborate with global mobile device manufacturers to optimize DRAM solutions, making them suitable for next-generation mobile OS environments.”

In addition to being 50 percent more powerful than the fastest LPDDR3 or DDR3 memory available, the new Samsung chip uses 40 percent less energy too.

And Samsung’s influence will likely be seen in a lot of other companies’ high-end smartphones and tablets released this year, Electronista reports. The company supplies other manufacturers with its memory technology as well.

“We will continue introducing the most advanced mobile DRAM one step ahead of the rest of the industry so that global OEMs can launch innovative mobile devices with exceptional user convenience in the timeliest manner.”

Samsung will likely unveil the first devices with 4G of mobile DRAM in early 2015.