For whom is the Nasscom’s India Leadership Forum 2016? 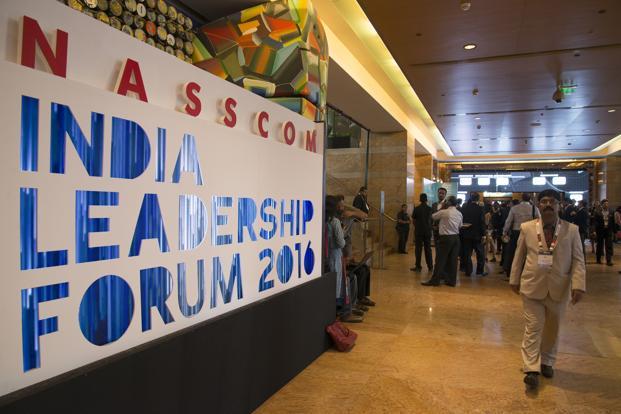 The Indian government knows this. Thus, it is working to turn this start-up ecosystem into a growth engine for the Indian economy. Indian industry is not behind. Big information technology (IT) companies as well as industry bodies like Nasscom have taken it upon themselves to nurture this ecosystem and mentor the abundant young talent in the country.

Nasscom has been organizing the country’s largest annual leadership forum for more than two decades. Over the last couple of years, the summit’s focus has been shifting towards technology start-ups which are slowly, but steadily changing the industry’s landscape.

According to the industry body, the next wave of growth for the tech industry will come from these startups. Currently, the industry body is in the middle of hosting the 24th edition the annual summit—NILF (Nasscom’s India Leadership Forum) 2016 in Mumbai.

But still not many start-ups are willing to take part in this event. Or to be precise, they aren’t able to take part.

“We are not attending the NILF, of course not. The fee for one person is 41 grand (Rs.41,000). That’s crazy. I don’t have that kind of money to spare,” says the co-founder of a Mumbai-based tech-start up, who doesn’t want to be named.

“I have a company to run, so every penny is important. Paying a lakh for us co-founders (there are two of them) to listen to what industry leaders are saying is a bit too much.”

“But we have meetings lined up with people who are attending the event, at the same hotel (Grand Hyatt, Mumbai), but outside the venue,” she says with a wink.

She is not the only one. There are many more founders and co-founders of start-ups who are looking for funds to sustain their companies, and cannot spare that much. After all, India is the third largest technology start-up base.

The country has more than 4,200 start-ups, and adds about 1,200 start-ups every year, according to data collated by Nasscom.

Nasscom’s event is sold out this year. As always.

Like every year, Nasscom’s NILF has a stellar list of partners, sponsors and speakers. Leading technology companies like International Business Machines Corp. (IBM), Tata Consultancy Services Ltd (TCS) and Infosys Ltd are among its top sponsors.

Its featured speakers this year include Safra A Catz, global co-chief executive of Oracle Corp.; N. Chandrasekaran, chief executive and managing director, TCS; Srinivas Kandula, India CEO of Capgemini; Amitabh Kant, secretary, department of industrial policy and promotion; and Rajan Anandan, vice president, managing director, South-East Asia, Google India, among others. The majority of it attendees are executives from multinational technology firms, big and mid-sized Indian IT firms and a few start-ups, which have been able to do well for themselves.

But if Nasscom is working towards creating an ecosystem for start-ups so they can grow, what’s the point of hosting an event that cannot accommodate the very people it’s meant for—young entrepreneurs, too early in the game to be able to pay the fees demanded for attendance.