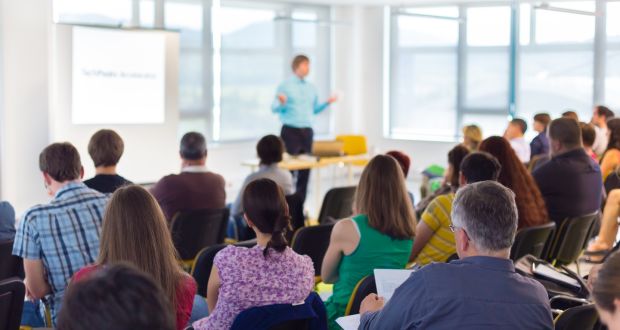 Educated, or merely qualified? The two are becoming difficult to distinguish. Photograph: iStock

this mad drive by universities to assuage the captains of industry and cyclopean economists, it is difficult to distinguish any more between those graduates who are educated and those who are merely qualified.

The international media burped a little recently on discovering that the world’s league-leading universities are far too busy with research to be overly bothered with or about education. Commentators seemed surprised. As if people believed that all the money being poured by corporations into universities was to raise educational standards. How pure and how naive!

Universities, perforce, are a business. Each reduction in public funding pushes them closer to becoming creatures of the economic establishment.

So, for leading universities, survival requires them to commit to research, innovation and corporate partnership. Education is plummeting down the priority list, overtaken by business creep. The idea of a university is being dumbed down. Core values have deteriorated as education becomes indefinable in a fug of qualifications.

The spectre of the highly qualified but uneducated professional was prompted by a recent comment from an elderly countrywoman accompanying her terminally ill husband from a consultation with a specialist in the city.

“For a highly educated man with a dozen letters after his name, he had no manners at all. He looked down his nose at us and spoke in words we didn’t understand,” she said.

Her comment reflected the modern-day challenge in distinguishing between education and qualification.

Consequently, it is not unusual to come across holders of senior offices in public life or the professions who, though comprehensively qualified, fail to display even the most basic evidence of education. Very often, indeed, they mask their boorishness and arrogance with expensive suits or impenetrable language when engaging with the general public or less exalted colleagues.

Interestingly, in olden times universities required students to be bachelors or masters in arts or philosophy before they were allowed to specialise as doctors in disciplines such as medicine, law or other professional areas. Strikes me that it is time to look back to the future and recalibrate university policy accordingly.

Our national mindset, however, seems to equate education with university qualification. Lamentably, we don’t generally hear references to “highly educated” plumbers or farmers or grocers or mechanics, no matter how qualified they may happen to be. This despite the fact that many such people can be more educated than many of us who are proud university graduates.

Undoubtedly, universities can and do produce highly educated graduates, but it would be absurd to conclude that universities are the only route to education.

And it is equally ludicrous to assume that people are educated merely on the basis of their having a university degree.

Consider that two millennia ago, long before universities were founded, ordinary folk could respect and revere the likes of Plato and Socrates as being educated. How did they know? Well, because whereas the traits of an educated person are difficult to measure, they are easy to recognise.

And what’s to recognise? Well, on that score, the conclusions of the great philosophers are uncomplicated but instructive.

Plato opined that the process of education should develop qualities of wisdom, courage, self-control and justice. For Aristotle, education developed the perfection of reason in concert with the development of bodily and mental functions.

Socrates referenced, inter alia, qualities such as honesty, bravery, reason, and the ability to cope with success and failure. Newman saw tolerance as the defining quality of the educated person.

League tables might mean something if these qualities were the basis of points accumulation, but no doubt that would be a bridge too far for our neoliberal friends.

The question is: do the universities see any need to develop or inculcate these traits before registering applicants for courses leading to professional qualification?

It is hardly revolutionary or even novel to suggest that we should educate people first before preparing and qualifying them for their role in the community. Was that not the idea of a university?

So let’s value education and let’s respect qualifications, but let’s also know the difference. Time to rebalance. Funding our universities would be a good start.

Joe O’Toole is a teacher, former senator and general secretary of the Irish National Teachers’ Organisation