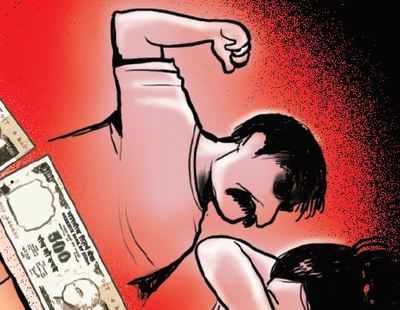 Man assaults wife for seeking money for shampoo in Ahmedabad

Loknath Das 0 March 19, 2019 7:27 am
AHMEDABAD: A 42-year-old woman from Bavla village in Ahmedabad on Sunday filed a complaint with Viramgam town police stating that her husband had thrashed her badly, pulled her hair and banged her head on a wall just because she had asked for money to buy shampoo.

“On Sunday morning, when my husband was at home and I asked for some money, he became angry and started abusing me. When I tried to pacify him, he suddenly pulled my hair and banged my head on a wall,” stated the complainant.

Later on, the woman called up 181 Abhayam Helpline from where a counsellor came to her home in Bavla and tried to make her husband understand that he should treat his wife properly.

But her husband did not pay any heed to the advice and asked his wife to leave home.

The complainant, who has been married for 15 years, stated in her FIR that her husband, who works with Western Railway as a clerk, beat her very often on petty issues.

Later, the couple moved to Shastrinagar in Ahmedabad city but the intervention of in-laws and her husband’s torture continued there.

Due to some personal issues, the couple then moved to Bavla where the woman’s torture continued.

On Sunday, the woman felt all limits had been crossed when her husband grabbed her hair and banged her head on a wall, stated the FIR filed with Viramgam town police.